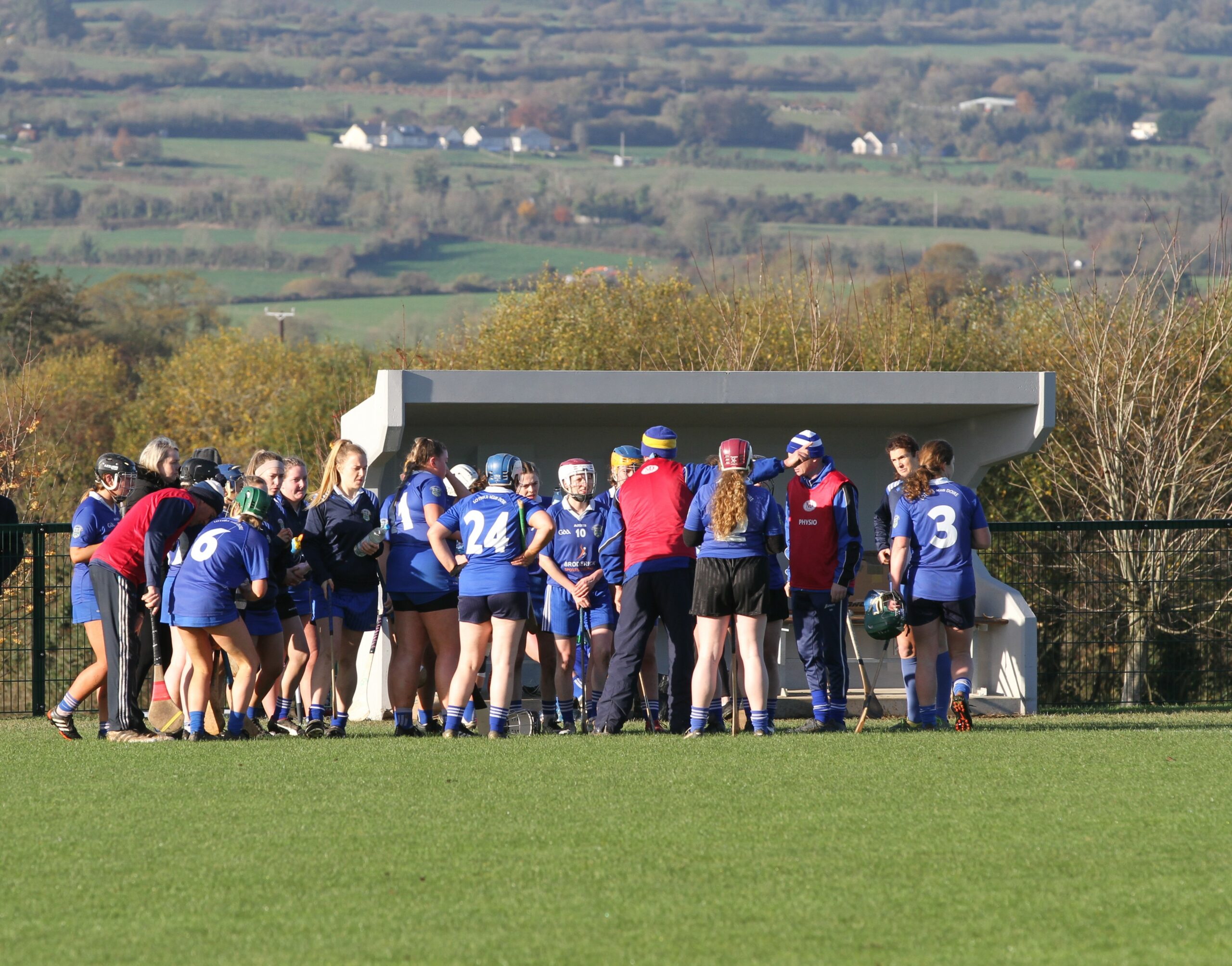 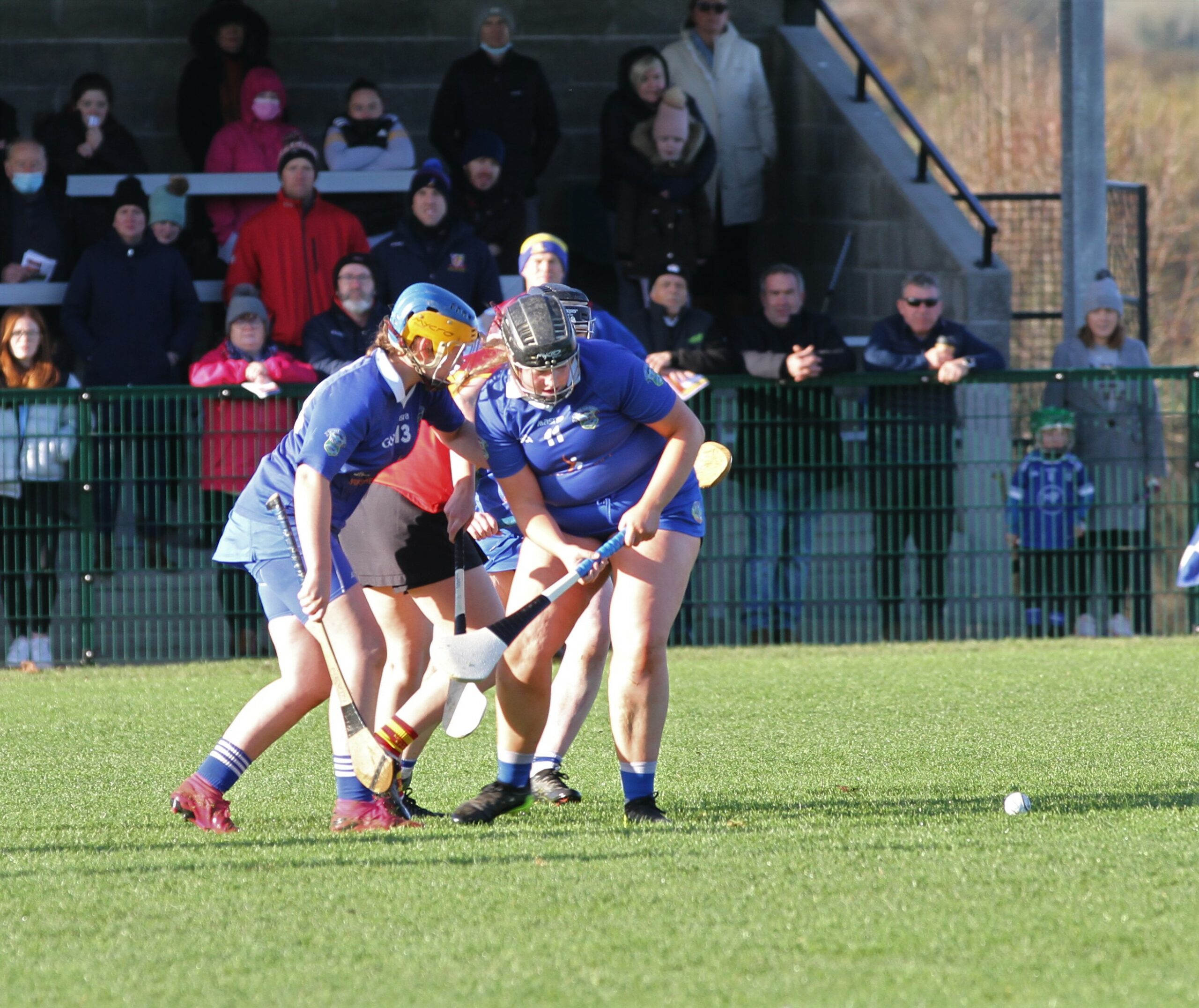 The sudden and unexpected death occurred on Wednesday November 17th of the well known former proprietor of Portland House Hotel, Joe O’Keeffe of Carrigahorig.
Born and raised in Kiskeam in North Cork, Joe played football with his local club and in 1961 he won an All Ireland Minor football title with Cork. Success came to his beloved club in 1964 when the club won every honour available to a Junior team, including the County title.
He managed a hotel in Wexford before arriving in the Westpark Hotel in Portumna and after a number of successful years there he acquired the popular Portland House Hotel in Portland where his friendliness and helpfulness helped him to build a successful thriving business. Many people from not just the parish but further afield, will have treasured memories of great times, music, laughter, stories and dinner dances with Joe and staff in Portland House Hotel when it was doing well. After a fire which destroyed the hotel, Joe bought the old dispensary in Carrigahorig where he and his wife Avril carried out a successful B&B business along with a restaurant and boat hire business on the Shannon in Portumna.
He will be deeply missed by his loving wife Avril, sister Mary, brothers Billy and Brendan, father in law Michael (O’Connor), sisters in law Joan, Ann, Teresina and Maureen, brothers in law Michael and Meredith, niece Fiona, nephews Stephen and J.B.,relatives, extended family and many friends to whom sympathy is offered.
After funeral Mass on Sunday 21st, in the Church of The Immaculate Conception, Terryglass, burial took place in the adjoining cemetery. May he rest in peace.

After four unsuccessful years of trying to win a county final, the breakthrough came on Sunday last when the Lorrha junior girls broke the wait and beat Moycarkey in the County Final on a scoreline of 1.12 to 2.8. Well done to both players and management on a great performance in perfect weather conditions. See report elsewhere in this paper. 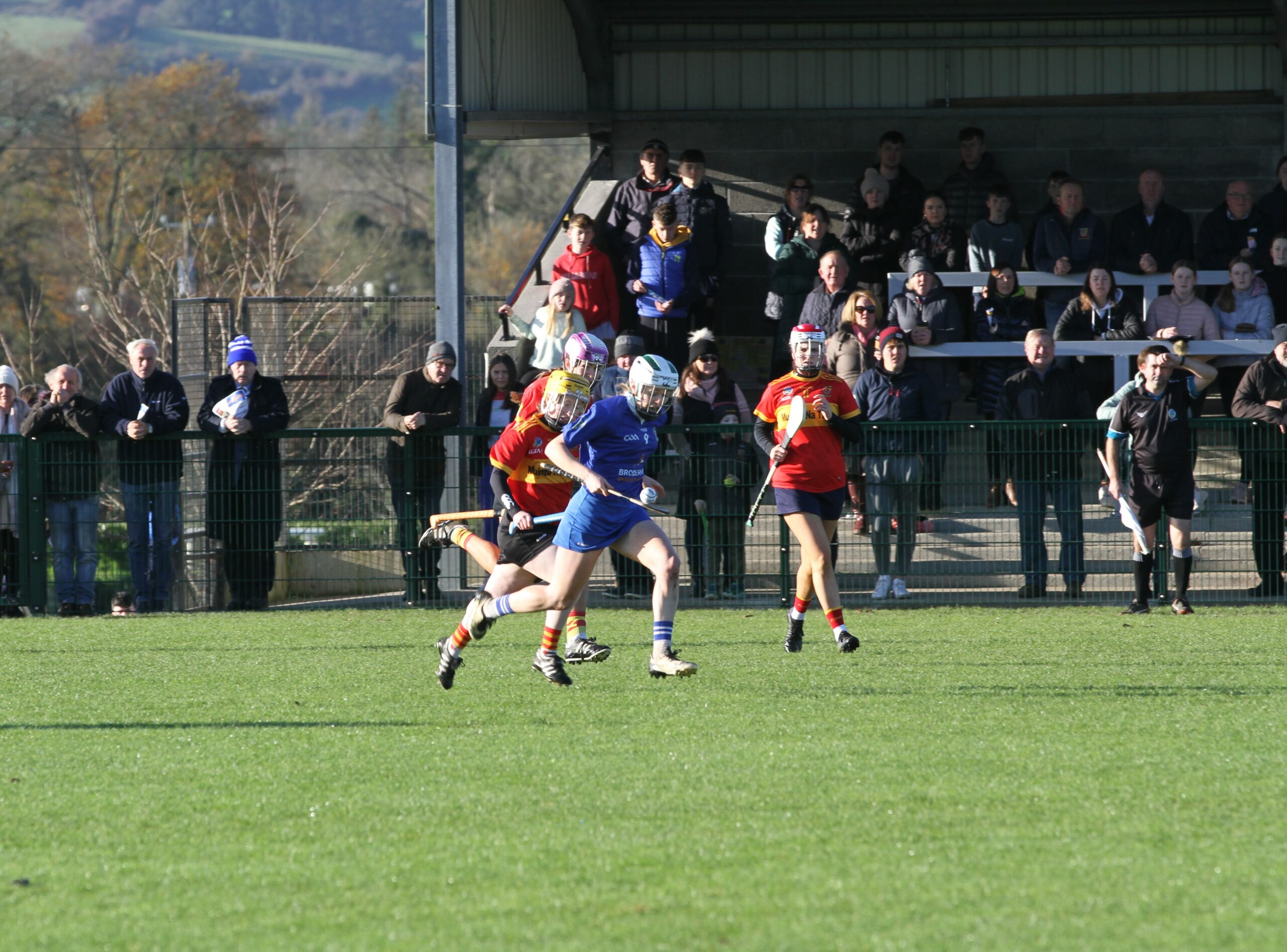 Success on the Double.

Well done to Ken Hogan who after managing the Lorrha Junior squad to success over Moycarkey on Sunday morning last, made a bee line to O’Connor Park in Tullamore where he guided St. Rynagh’s to their third successive county final, and this time over Coolderry. Very well done Ken…surely, manager of the year?..

Loughmore Castleiney GAA club are on a roll this year with both the football team and the hurling team reaching county finals. While the hurlers will take to the pitch for the replay of their drawn game, this week end coming, we congratulate the footballers on their one point victory over Clonmel Commercials in the football final last Sunday. And having an outstanding game was Conor Ryan who scored 0.7 points, grandson of Lorrha parish lady, Bridget Madden, Grange. Well done Bridget, Conor and all the Madden families. 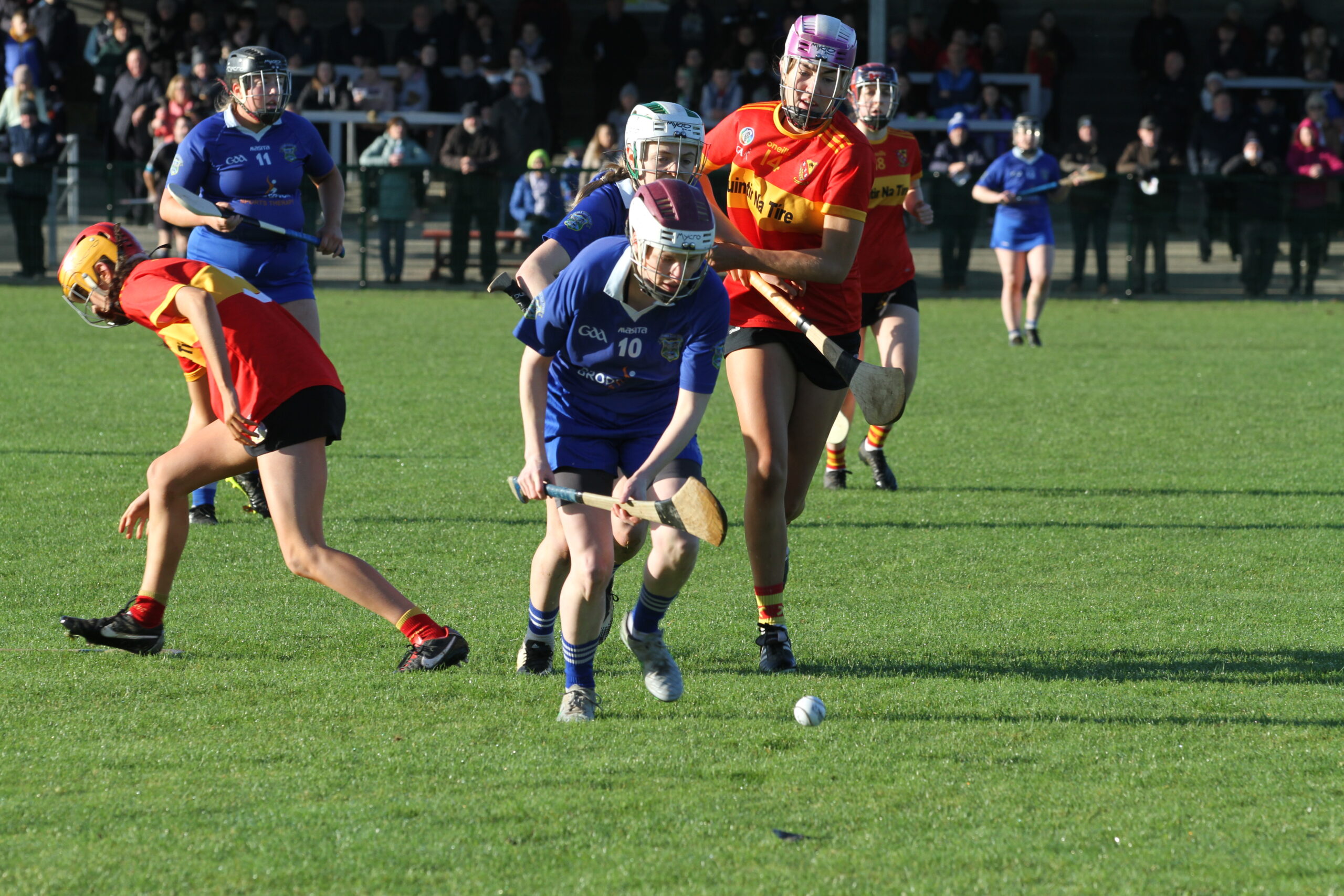 This coming Sunday night we will see how our parish family the McIntyre’s fare in the quarter final of ‘Irelands Fittest Family’.  This week, Clodagh is celebrating with her Lorrha camogie team mates after she captained her side to victory on Sunday last in the County Final. But the wait continues to see how Clodagh and her brothers Eoin and Niall and dad Aidan, perform under the guidance of Irish rugby hero Donncha O’Callaghan. Will they make it through to the semi-final or will they be going home?  It’s getting a lot tougher now so all eyes will be fixed on the McIntyre foursome. Ireland’s Fittest Family is on Sunday evening at 6.30pm on RTE 1.

A suitable site is required for the North Tipperary Ploughing Championships which will be held next March. Any farmer who thinks they may have a suitable venue, is asked to make contact with the secretary Denis Cahalan on (087) 7793719.

This year’s annual remembrance mass will be held in Rathcabbin Church at 7.30pm on Friday 26th November.

The Legion of Mary is on at 7pm every Tuesday & will be available to view on the webcam from St. Mary’s Church, Mullagh. We would love for people to tune into these prayers by going to www.kibparish.ie/webcam , or watch back by looking under the Recordings tab.

Fr John Donnelly’s headstone has now been erected at his grave in Rathcabbin Church Grounds. Many thanks to Fr John’s family for marking his grave so beautifully.

Visiting Cemeteries during November and praying the Our Father, Hail Mary and the Apostle’s Creed is recommended and will gain an indulgence for your loved ones.

Mass Times: Monday Mornings at 9.30am in Lorrha Church (except Bank Holidays). Every Saturday evening at 6.30pm in Lorrha Church. Every Sunday morning at 11.30am in Rathcabbin Church. Borrisokane 7pm Saturday. Kilbarron: 8pm Saturday.  Terryglass: 9.30am Sunday. Borrisokane 10.30am Sunday. Please wear face masks in the Church.
Anyone wishing to book anniversary masses please contact the church sacristans, Agnes Slevin in Lorrha, and Mary Cleary in Rathcabbin.
During the month of November people are invited to place their petitions for their departed relatives in boxes provided in both Lorrha & Rathcabbin churches.

St. Flannan’s N.S. Rathcabbin plan on celebrating the 75th anniversary of the school next year. They are hoping to produce a book about the school since the building opened in 1946. Help is required for this project, sourcing material like photographs, stories, and accounts of things from school days. Anyone wishing to help out is asked to contact the Principal Conor Darcy on (086) 4140102 or email rathcabbinns75@gmail.com. All help welcome.

Monday in the Clubhouse. Lotto No’s – 22 November: 22-25-27-28. No Winner. No Match 3. Lucky Dips: The Houlihan family, Denis Duffy, Liam Reddish, Josie Reddan. Promoters: Noreen Houlihan, Liam Reddish, Internet. Next Mondays jackpot is €8700 with Team 3 in charge of the draw. Thank you for your continued support.

Under-21 Hurling: Hard luck to the Lorrha Rovers under-21 hurlers who were narrowly beaten by Roscrea in the North ‘A’ quarter final. The lads put in a good performance and were unlucky to come up short after extra-time. Thanks to the management team of John Madden, George Hannigan, Hubert Duggan, and Alan Tierney for their work with the lads.

Junior Camogie: After four final losses in a row, there was great joy in the Ragg on Saturday when the girls finally got over the line to win the county championship. Commiserations to Moycarkey/Borris. Thanks to the girls for their efforts throughout the year and to the management team, most notably Ken Hogan, who also won a county championship with St Rynaghs on the same day. That was some Sunday

AGM: Takes place on Thursday 16th December. Nominations and motions are to be in before December 2nd.

Calf Rearing Scheme: Farmers who agreed to rear a calf will be contacted in the coming weeks. 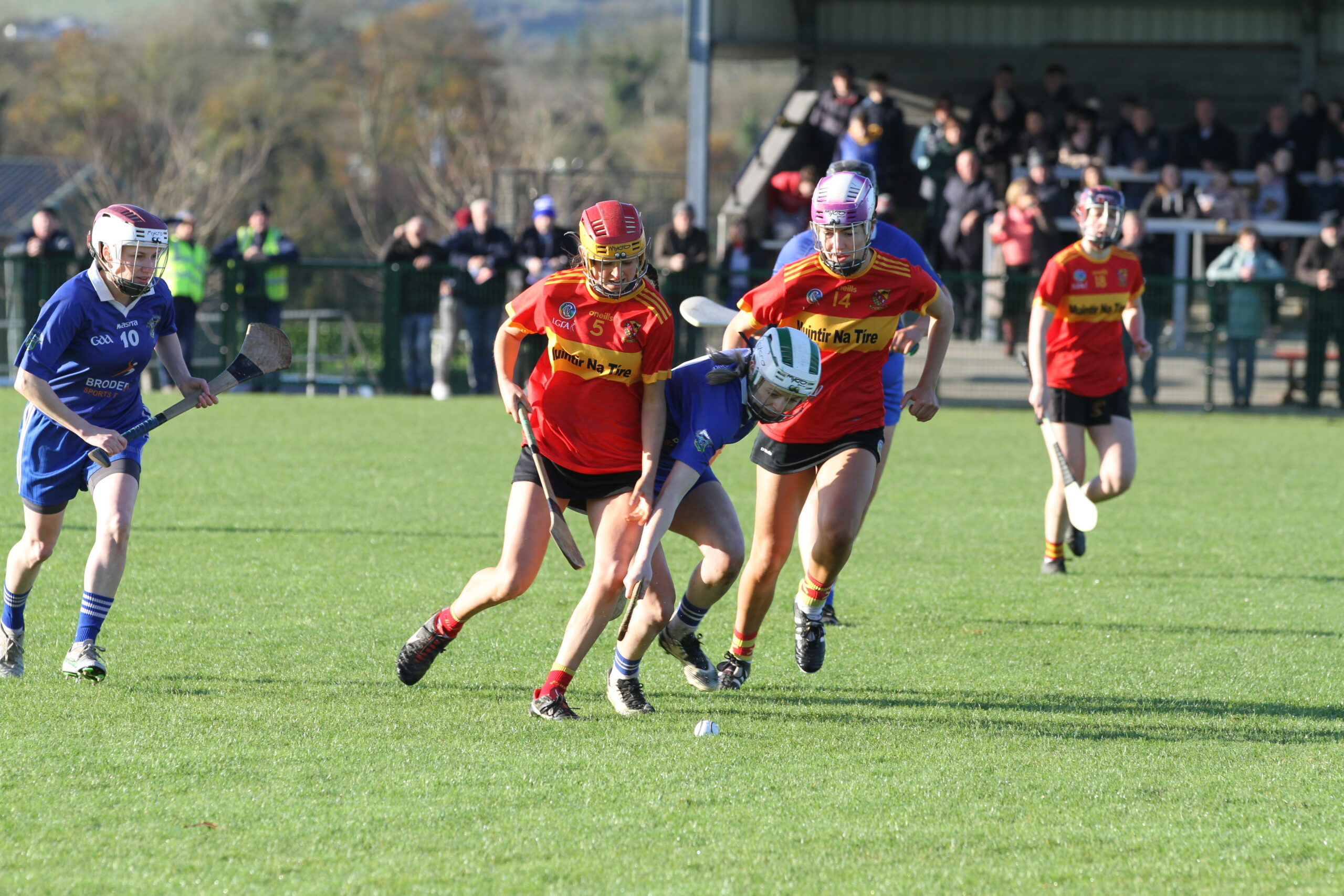 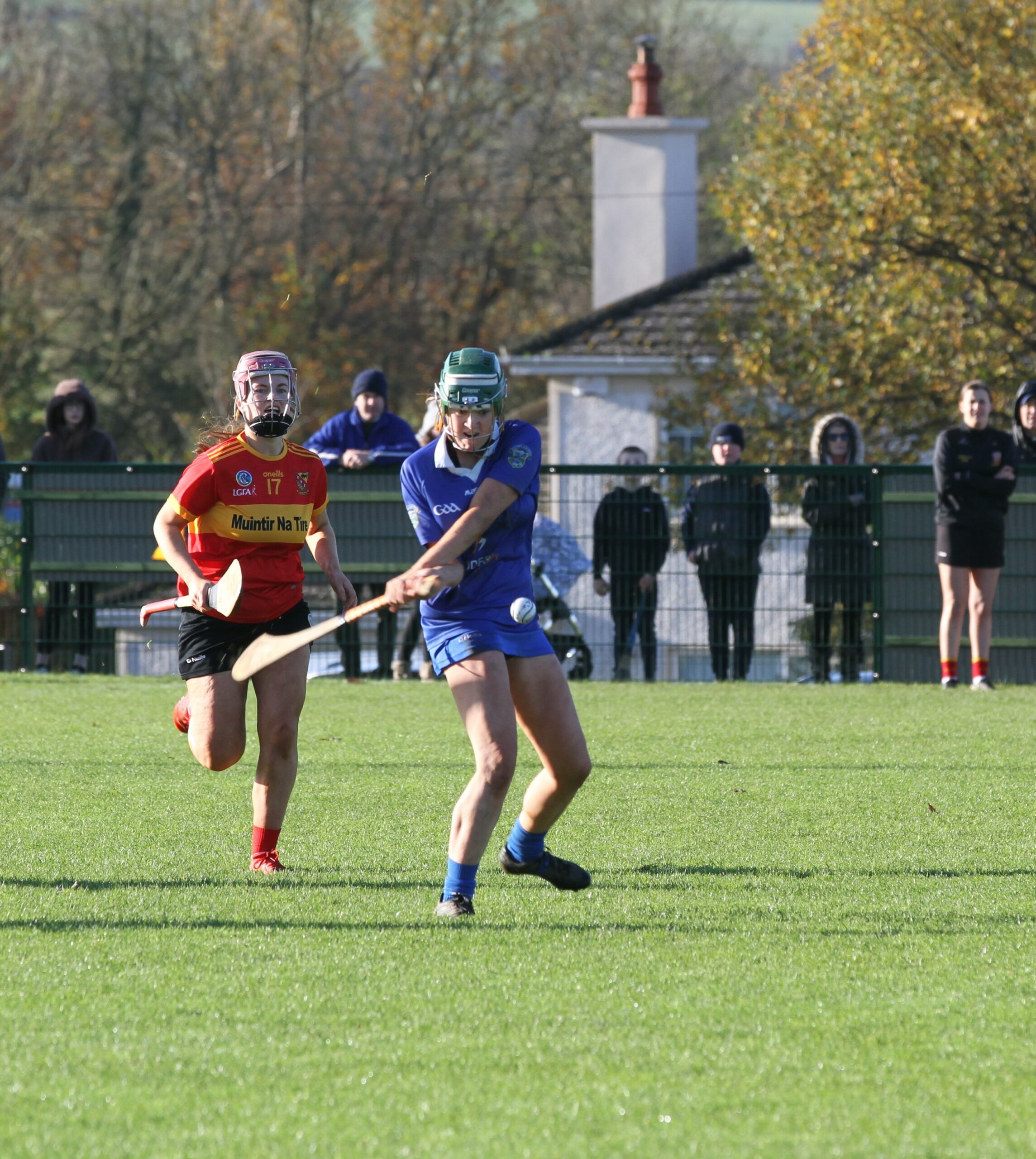