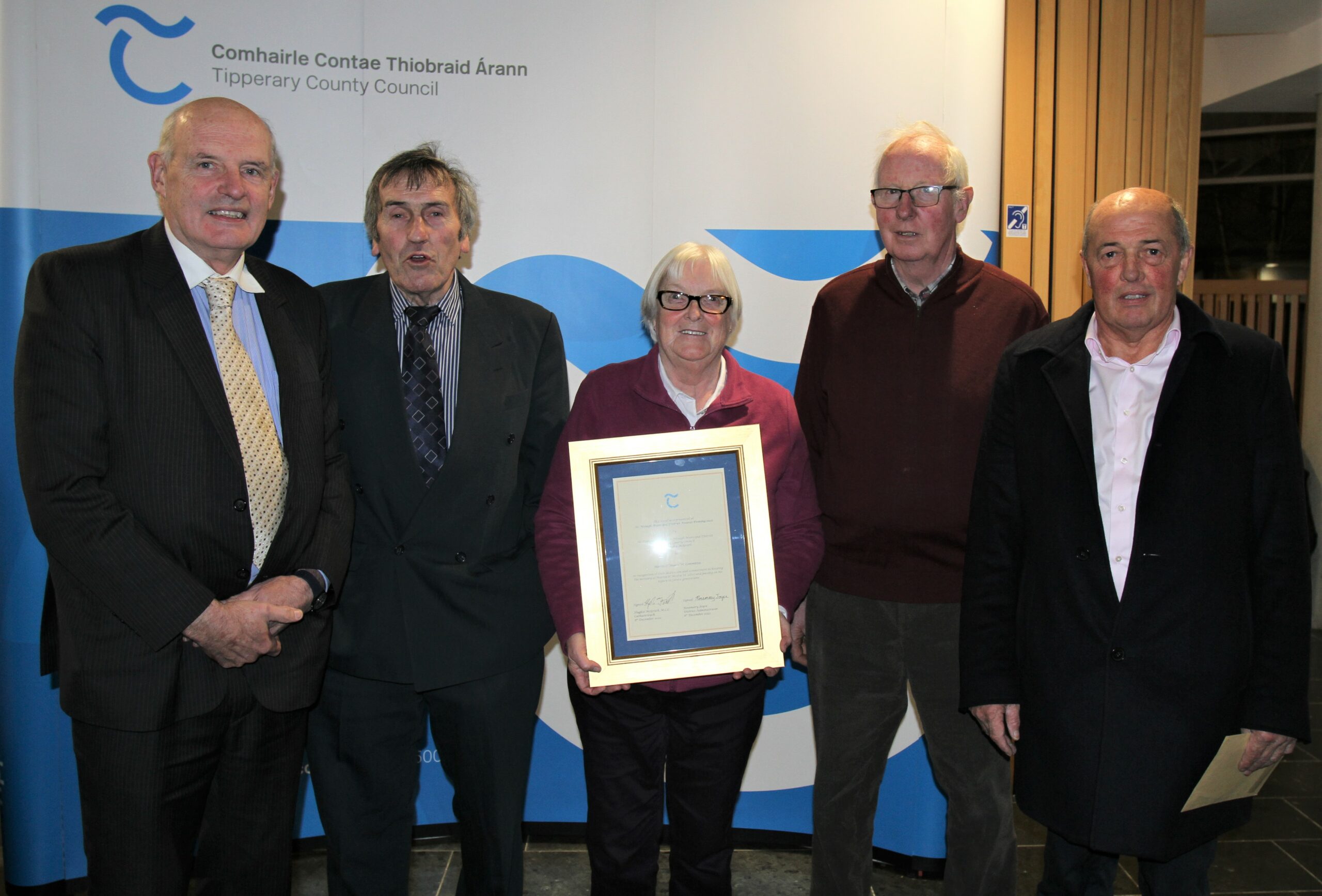 Congratulations to the Lorrha Martin O’Meara Committee, Lorrha Cemetery committee and to James Heenan, who all took home awards which were presented by Tipperary Co. Council at their awards ceremony which took place last week in the Council offices in Nenagh.
The Lorrha Martin O’Meara Committee received their award in “recognition of their dedication and commitment in keeping the memory of Martin O’Meara VC alive and passing on his legacy to future generations”.  Those who attended the ceremony were Ger O’Meara (Secretary), Rose Mannion (Chairperson), Louis McCormack (Treasurer), Michael Hoctor and Joe Dolan. Well done to all the committee. It is nice to be recognized for work done well. 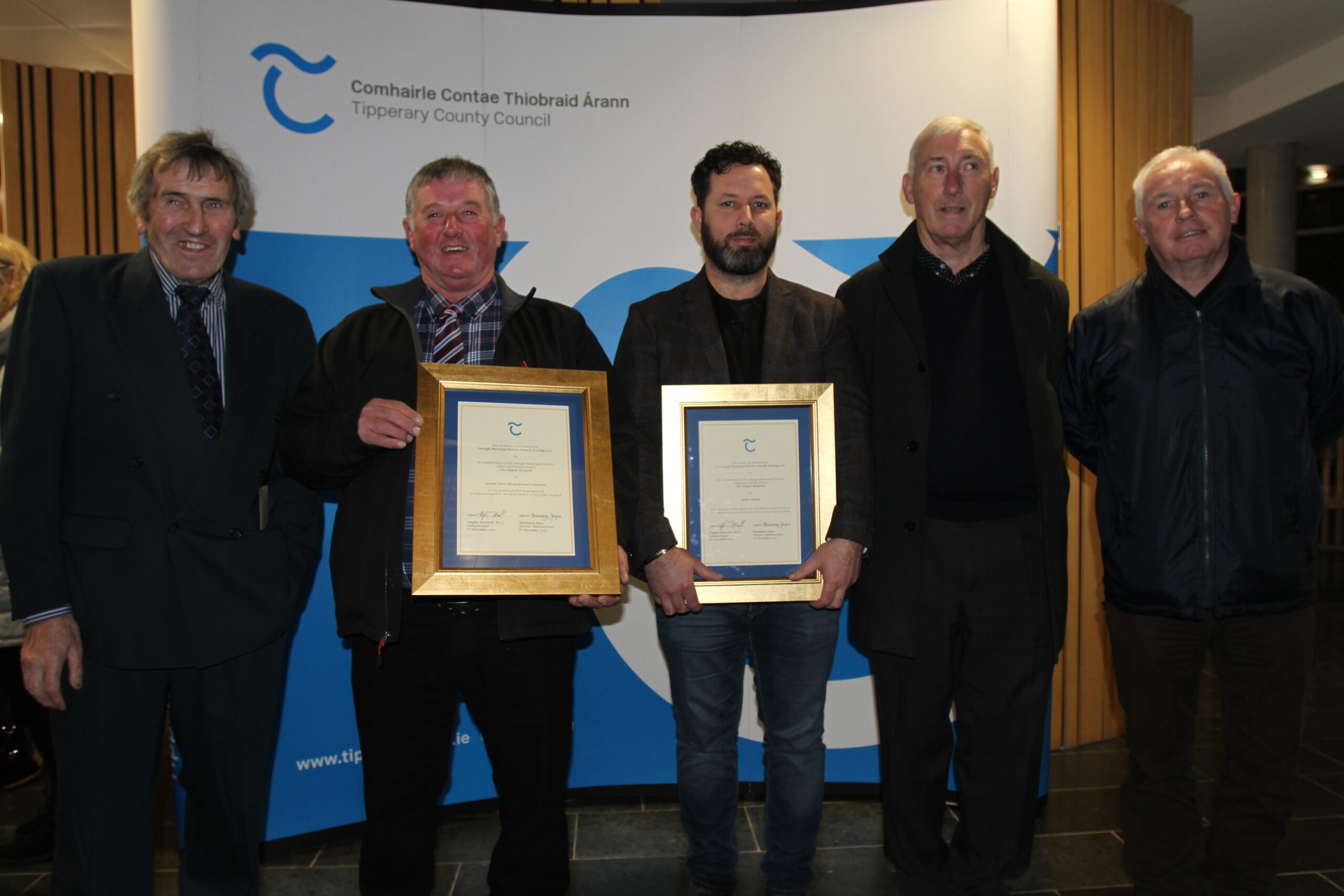 The Lorrha (New) Burial Ground Committee also received an award “in recognition of their ongoing work in maintaining the burial grounds to a very high standard”. Those representing that committee were Mike Hoctor (Chairman), Meelie Houlihan (Caretaker), Mike Quirke and Kieran Behan (Secretary).  James Heenan also received recognition of his “significant interest by him in portraying the History and Heritage of Lorrha”. Well done to all on work well done.

Redwood NS will be holding their Christmas Show on Wednesday 14th December @7pm in Redwood Church. We invite everyone to come along for a great evening of entertainment with tea and refreshemts for all afterwards in the school. An evening not to be missed!

An Ecumenical Carol Service will be held in St Ruadhans Church of Ireland Lorrha on Thursday 15th December @ 8.00pm. All are welcome.

The death took place on Wednesday 7th December of Sean Hogan, Ballyoughter, Rathcabbin. Sean was well known through his music and singing with the Melody Makers band who travelled around many local counties and even toured England at one stage during their long run on the showband scene. It is only in recent years that he and Pat Conlon entertained the residents in Portumna nursing home on an ongoing basis.
In his day job, Sean worked in Sharragh pig farm for many years and during the spring and summer months he could be found helping out with the harvesting of turf on the bog, a job he truly loved. When he retired from the day job, he was happy to carry on farming on his lands in Woodford, loving everything about the outdoor life and looking after his livestock.
In his younger years, he won U21 and minor hurling medals with the local club as well as taking up refereeing for a number of years. He later took to golfing when his hurling days ended.
When his own father died a young man, Sean took over the responsibility of helping his mother in providing for the family despite the fact he was only14 or so himself at the time.
It was just over two years ago that he took up residence in St. Kieran’s Care Home when his health began to deteriorate and when the home closed recently, he moved to Borrisokane Nursing Home.
Sean who was predeceased by his father John, mother Nora and brother Michael will be sadly missed by his loving wife Marilyn, his loving daughters Valenda, Leona and Amanda, son Trevor, son’s-in-law, Conor, Mark and Damien, daughter-in-law Denise, grandchildren Lee, Colin, Jack, Jamie and Oisin, brother PJ, sisters May, Aggie, Phil, Patsy and Pauline, nieces, nephews, cousins relatives and a wide circle of friends to whom sympathy is offered.
After funeral Mass in Our Lady Queen of Ireland Church Rathcabbin on Saturday last the 10th  in Bonoham Cemetery. May he rest in peace.

Busy Bodies Montessori School Christmas play 2022 takes place in Carrig Hall at 3pm on Sunday 18th December. There is no charge on the doors only donations on the day will be given to CLAPAI ( Cleft lip and Palate Association of Ireland) staffed by all volunteers. We would love to see you there. Don’t miss.

Rathcabbin Hall committee have announced the following activities taking place in the hall.
Bootcamp every Monday nights at 8.15pm all welcome.
Christmas  Special Card game Tuesday 27th December at 8.30pm in the Hall.

Rathcabbin Hall AGM Monday January 9th at 8.30pm . Everyone welcome to attend .
Any club or organization wishing to book the hall for meetings or events can call (087) 1364936. 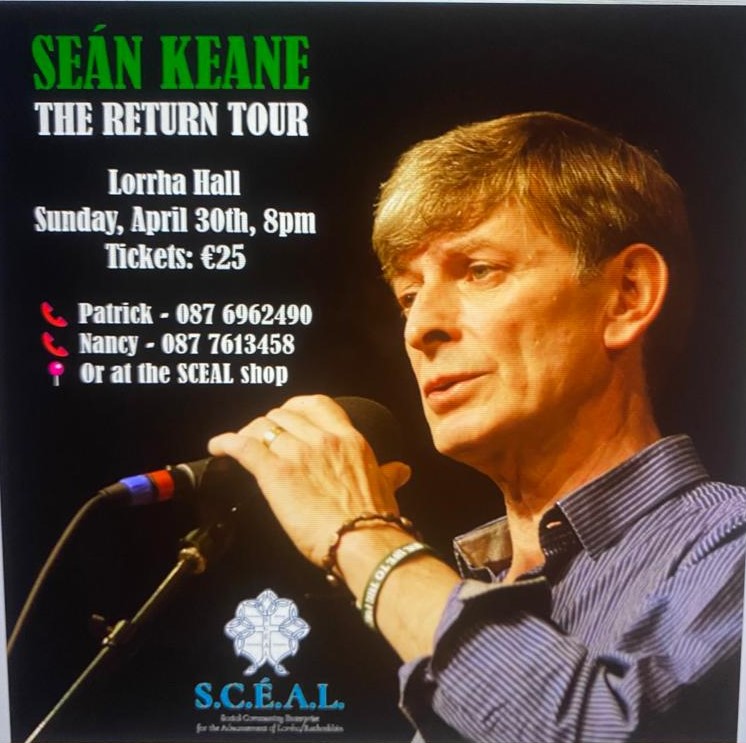 Looking for a Christmas gift for someone?

There was No Winner of this weeks lotto jackpot of €14,100. The numbers drawn on 12th December were: 1-7-13-30. 7 Match 3’s share €100: Raymond Bourke, Mary Coen, John McLeish, John Robinson, Joe Ryan, Agnes Sherlock, Paula Sullivan. Promoters: Eamonn Maher, John McLeish, Agnes Sherlock.
Next Monday’s jackpot is €14,200 with Team 2 in charge of the draw. Thank you for your continued support.

Under 21 Hurling: Well done to the Lorrha Rovers under-21s on their 2-14 to 1-12 win over Templederry-Ballinahinch in the North ‘B’ quarter final in Moatfield on Saturday. Their semi-final is due to take place next Sunday against Moneygall/Clonakenny in Moneygall at 1.30pm. Best of luck to the players and mentors. All support appreciated.

Dinner Dance: takes place on Thursday, 22nd December in the County Arms Hotel Birr from 7.30pm, with music by Tradstone. Tickets (€40) are on sale. Contact Aiden McIntyre (0876426640) or Maureen Guinan (0872426965) to arrange collection. Don’t miss out on what should be a great Christmas party with the intermediate hurlers to be presented with their North & County Championship medals.

Social Dancing: Continues next Friday night in the Tony Reddin Centre from 9.30pm, to the music of Michael Cahill.

Sympathies: to the Hogan family, Ballyoughter on the death of Sean Hogan. Sean was part of the club’s North under-21 and junior winning teams in 1966. Members of the club formed a guard of honour on Saturday, with the club’s flag adorning his coffin to mark his last journey to Rathcabbin church. A minute silence was also held at the under-21 quarter final in Moatfield in his memory. May he Rest in Peace. 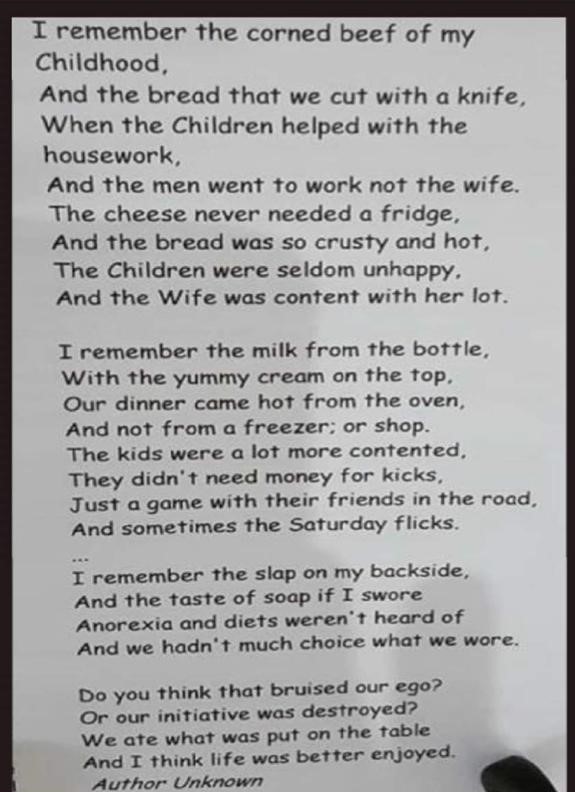