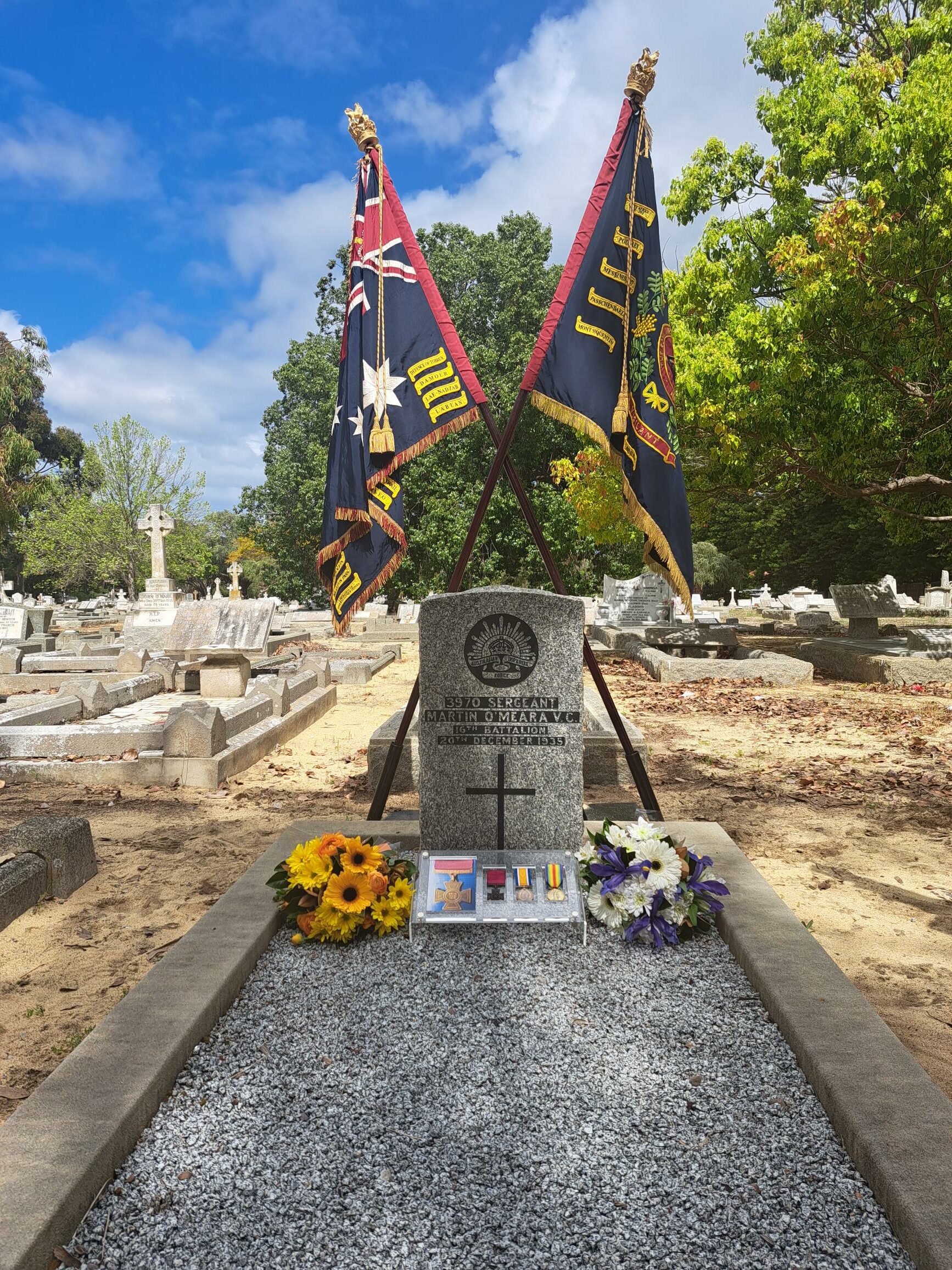 Capt. Steve Muir organised to have Martin O’Meara’s medals taken to his grave site for some photographs and a Service. They had the Commanding Officer of the 16th Battalion, The Royal Western Australia Regiment (LTCOL Leigh Partridge) and the Regimental Sergeant Major (WO1 Richard Bushnell) there for the occasion, and they brought the Battalion’s Colours with them as well.

The peaceful death occurred on Tuesday 22nd November in the wonderful care of the staff in Bushy Park Nursing Home, Borrisokane of Pat Reddin, Cullagh, Rathcabbin and late of St. Kieran’s Care Home, Rathcabbin.
Pat was a great character, a good neighbour and a supporter of all things cultural. He was hard worker from a young age, taking over the family farm in the late 1950’s after his father passed away. He had many interests including reading the local and national papers and would collect the papers weekly and bring to his neighbours. He was involved with North Tipperary Ploughing for many years and hosted at least three championships on his land, the first one in 1966 after Rathcabbin Ploughing was formed. He went on to plough himself for several years in the championships. Another favourite past time of his was his involvement with Lorrha Comhaltas with his late wife Anne. In the 1980’s both Pat and Anne were members of the set dancing group who won the Munster final and went on to compete in the All Ireland final. They both travelled a lot with the local Comhaltas group which was very strong in the parish at that time and they competed in many competitions up and down the country.  Another interest of Pat’s was the GAA which he was heavily involved in for a long number of years.
He was predeceased by his beloved wife Anne in 2018, sisters Sally, Sr. De Lourdes and Frances. He will be sadly missed and dearly remembered by his sons John, Padraig, William and Gerard, his daughter Florence, daughters-in-law, son-in-law, his adored grandchildren and great grandchild, nieces and nephew to whom sympathy is offered.
After funeral Mass on Friday morning 25th in Our Lady Queen of Ireland Church, Rathcabbin, burial took place in Aglish Cemetery. May he rest in peace.

Sympathy is extended to the Dagg Families on the death of their sister, aunt and cousin, Frances Delahunt, Lusmagh which occurred on Wednesday 23rd November in her 100th year, at Tullamore Hospital, having spent some time in the kind and tender care of Eliza Lodge Nursing Home. Frances was predeceased by her husband Ned. Deeply regretted by her family and a wide circle of friends.
After funeral Service in St. Paul’s Church, Banagher on Friday 25th. burial took place afterwards in Ballingarry (Co. Tipperary) Churchyard. May she rest in peace.

Congratulations and well done to Lorrha NS football team who had a great win over Killusty NS in the County Final on Friday last in Templetuohy on a score line of Lorrha 5.3 to Killusty 2.5. Level at half time, the Lorrha boys and girls were the better side and ran out easy winners in the end. A well deserved victory for this hard working squad who have played wonderful football over recent months. The squad consist of, Nathan Young (Captain), Lee Mannion, Colin Coughlan, Cathal Lambe, Joshua Kelly, Patrick Seman, Eoghan Kennedy, Jude Heenan, Oscar Morin Gradwell, Edel Kinsella, Saoirse O’Meara, Zara Curran, Megan Hanlon, Rachel Kinsella. And also well done to their mentors Olive O’Meara (Principal), Aoife McLoughney and Tom Duggan.

An Ecumenical Carol Service will be held in St Ruadhans Church of Ireland Lorrha on Thursday 15th December @ 8.00pm. All are welcome.

Redwood NS will be holding their Christmas Show on Wednesday 14th December @7pm in Redwood Church. We invite everyone to come along for a great evening of entertainment with tea and refreshemts for all afterwards in the school. An evening not to be missed!

Rathcabbin Hall committee have announced the following activities taking place in the hall.
Bootcamp every Monday nights at 8.15pm all welcome.
Christmas  Special Card game Tuesday 27th December at 8.30pm in the Hall.

Rathcabbin Hall AGM Monday January 9th at 8.30pm . Everyone welcome to attend .
Any club or organization wishing to book the hall for meetings or events can call (087) 1364936.

Banagher College’s TY’s musical pantomime, ‘Adrian, the Alternative Pantomime’.   This is not to be missed! Tickets available on the door. Wed 7th Dec and Thurs 8th Dec starting at 7.30pm.  Admission: €12 Adults & €7 Seniors/Students.

Tickets are now on sale for the Patrick Feeney concert which will take place in Birr Church on Friday 9th December. This would make an ideal Christmas night out so do please tell your friends and work mates.  €25 Please don’t miss it as it promises to be a great night out too. All proceeds go to Offaly Hospice and St .Brendans Church. Tickets costing €25 can be had from Ann Delahunt Smith Rathcabbin on 087 9625218.

Under 21 Hurling: Lorrha Rovers have been drawn to play Ballinahinch/Templederry in the North Under 21 ‘B’ Hurling quarter final this Saturday 10th December in Tony Reddin Park at 2.00pm

Dinner Dance: takes place on Thursday 22nd December at the County Arms Hotel Birr. Music by Tradstone. Tickets, €40, now on sale. Contact Aiden McIntyre (0876426640) or Maureen Guinan (0872426965). It should be a great Christmas party with the intermediate hurlers being presented with their North & County medals.

Social Dancing: Continues next Friday night in the Tony Reddin Centre at 9.30pm to the music of Michael Sexton

Sympathies: to the Duffy family, Graigue, on the death of Eileen Duffy. May she Rest in Peace.

Laochra Gael: Congratulations to Deirdre Lane on her Laochra Gael award presented on Sunday. Deirdre was a much-vaunted camogie player for Lorrha, Celtic in Dublin and for Tipperary and it is richly deserved.

Lorrha National School had seven points (5-3 to 2-5) to spare when they overcame a tough and battling performance from Killusty NS in the football County Final held on Friday in Templetuohy.

This was a very exciting game of football with some great skill on display from both sides. There was plenty of heart-stopping moments too for both sets of supporters, as the game was nip and tuck throughout the first half.

Lorrha got an early goal within the opening seconds, but Killusty hit back with a point. It took some time before both sides swapped points with Lorrha who were playing with a slight breeze on their backs, having loads of possession but unable to convert. There was loads of heart and determination from both sides and Lorrha were finding it hard to settle with Killusty going on to draw the game level going in at the break.

Lorrha were first out of the traps on resumption when they found the net to give them a three-point advantage after clever play. Killusty who were finding it hard to get in for a goal due to the fine Lorrha defending who kept a tight watch on proceedings, came back with a point. Lorrha were still pressing hard for goal and despite some wasted efforts and some great saves from the Killusty keeper, they were finally rewarded for their workmanship with two goals on the trot. 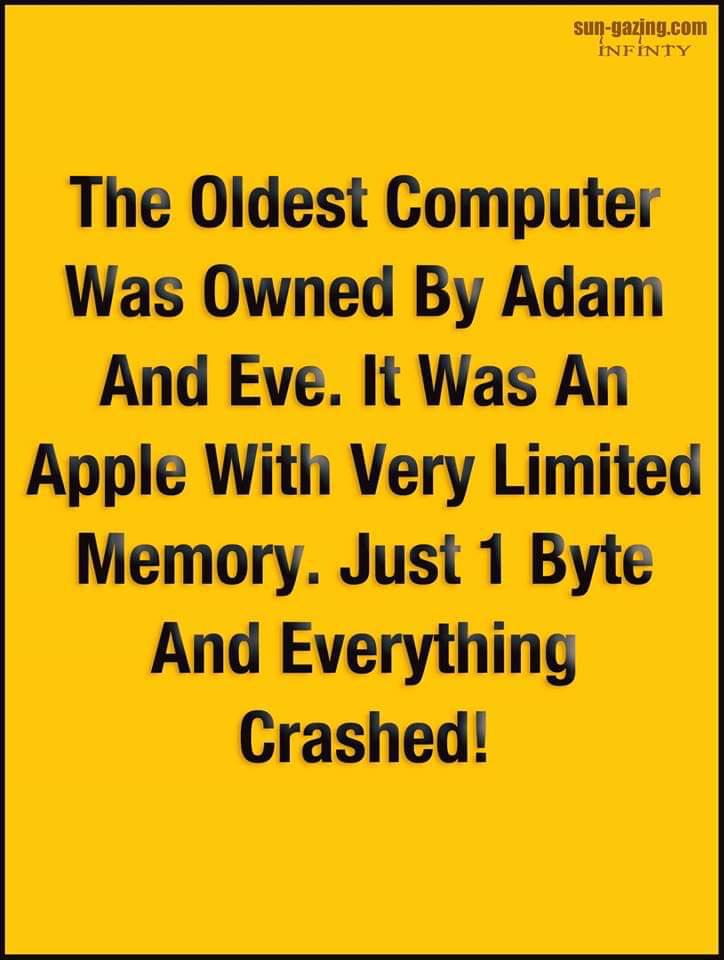