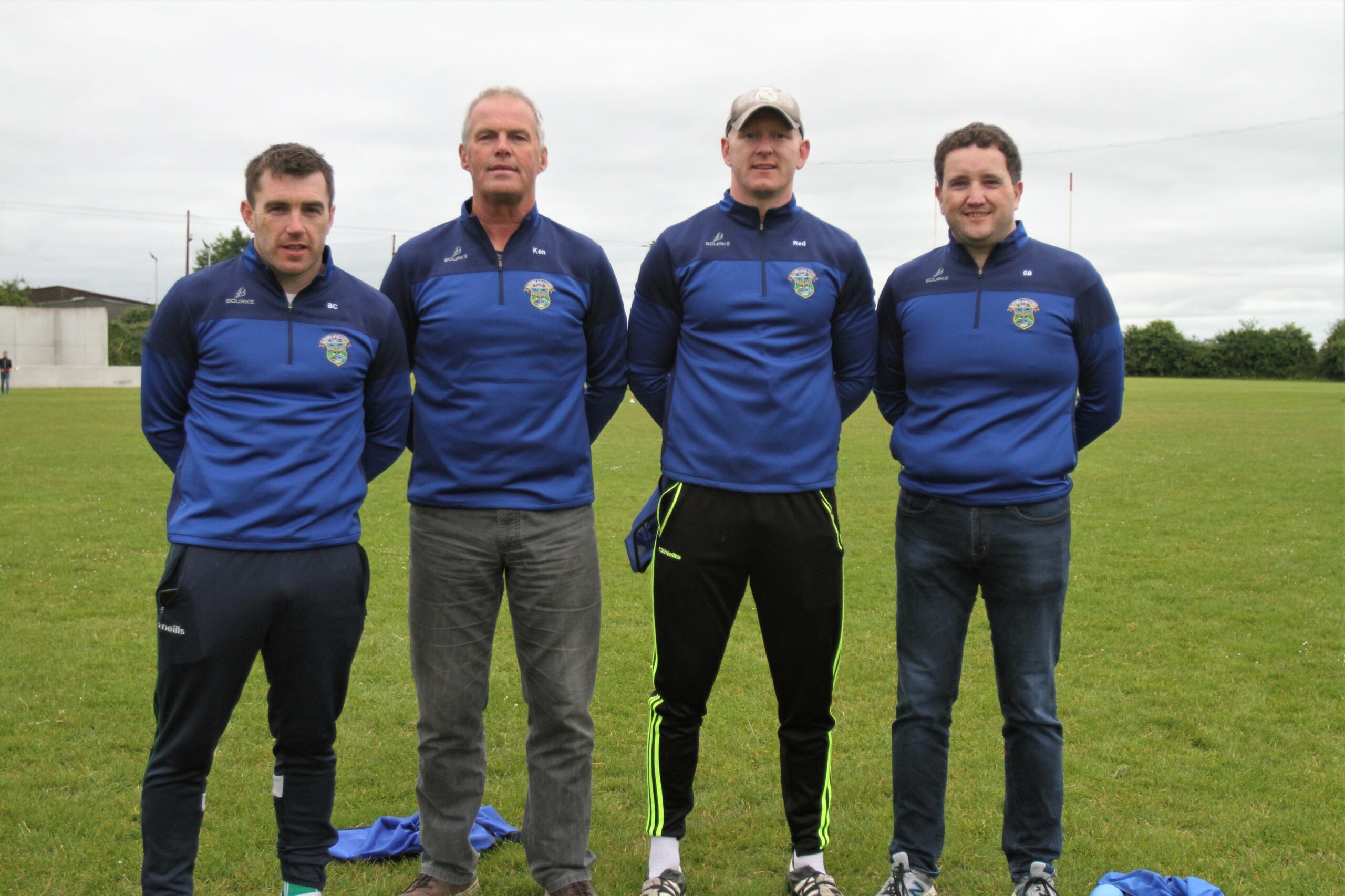 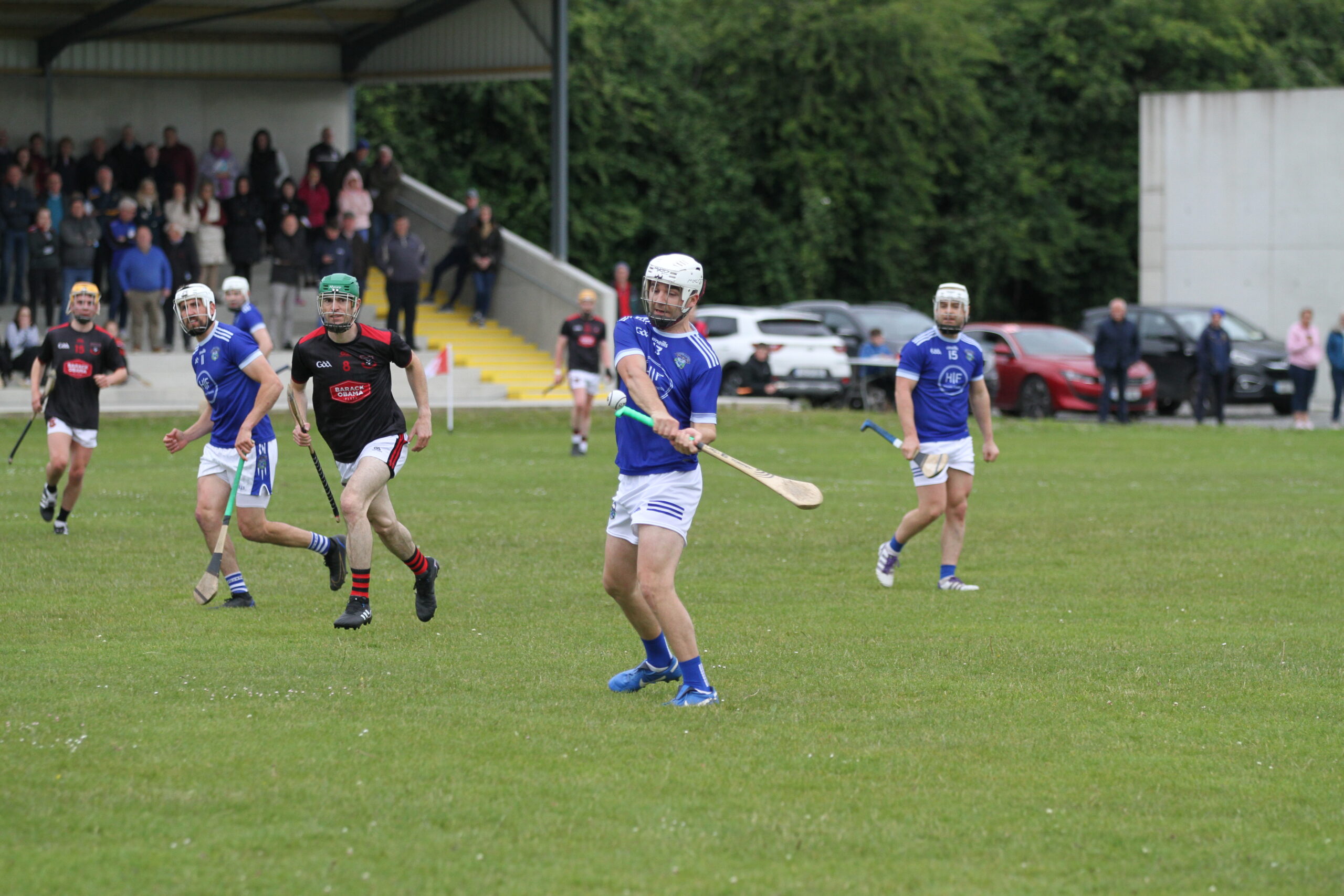 Colm Fogarty will be in action again in the North Final for his club Lorrha.    Pic: Rose Mannion.

The peaceful death occurred on Wednesday July 6th of Christy Liffey, formally of Sharragh, Rathcabbin and Hollypark, Birr, in the loving care of the nursing staff at the Midland Regional Hospital Tullamore, in the company of his loving family.
Christy’s passing brought much sadness and regret to the parish and surrounding areas by all who knew him over the years.  Born on December 1st 1935 the second in a family of four, to Michael and Winifred Liffey, Sharragh, Christy went on to forge strong and lasting friendships that he held dearly throughout his life. He was a great neighbor who had a kind and encouraging word for everyone.
As his parents declined in health and in years, Christy was their carer looking after their welfare and wellbeing for many years, with great patience and understanding as well as carrying out the work on the farm. He had a great interest and love of the cattle and sheep which he reared and immersed himself in farming life in Sharragh.
Christy’s holiday was the Galway races every year which he attended with neighbours and family. He loved the racing and followed it with great interest.  A terrific dancer, many ladies will have fond memories of the lovely waltzing movement of Christy and the quickstep too as he whirled around the dance floor at weddings or local dances.
He loved his family and his parish, and when his brother Michael captained the juvenile hurling team in 1957 to county success, Christy was there at all the games supporting his brother and the members of the team. In fact, he supported everything that was happening in the parish in one way or another.
He also had an interest in drama, in particular Rathcabbin Players where he was another supporter throughout the years.
Christy was a man of strong faith, never missing Mass and was a member of the local church choir and a lifelong member of the Pioneer Total Abstinence Association.
Some years ago, he moved from Sharragh to live in Holypark in Birr where he remained for a number of years. It was from there that he moved to the wonderful care of the Matron and staff of St. Kieran’s Care Home at the Pike, Rathcabbin where he enjoyed many happy years before his final illness. Christy was held in very high regard not only by his family but by everyone who knew him. He was a true gentleman with a kind and encouraging word for everyone he met.
Predeceased by his parents Michael and Winifred, his infant brother Stephen and his sister Mary (McIntyre, Lorrha), he will be sadly missed by his brother Michael, his nieces and nephews Dymphna, John, Aiden, Cathal, Gabriel (McIntyre),  Brendan, Vincent, Mike and Kevin (Liffey), his grand nieces and grand nephews, his sister-in-law Nancy, his brother-in-law Philip, his extended family and friends, especially Tom and Maura Kennedy (Clonmona) and the residents and staff of St Kieran’s Nursing Home, Rathcabbin.
After funeral Mass in Our Lady Queen of Ireland Church Rathcabbin, on Saturday morning July 9th burial took place in St. Ruadhan’s Cemetery, Lorrha. May his gentle soul rest in peace.

Martin O’Meara’s VC  will visit Lorrha for one day only on Saturday 13th August, the beginning of Heritage Week. This event will be a very historic occasion for the parish and beyond. From here until the VC arrives, there will be plenty of work taking place, plaques erected, bunting and flags to suitably decorate the village for the one and only visit of the VC.  This will be a huge event for not just the village but also the parish and beyond where everyone is invited to attend.  However, all of this costs money which will be spent wisely in the preparations. In order to support the hard working committee, your attention is drawn  to the collection buckets which are available in Sceal shop, Friars Tavern, Pat Hough’s, Kellys Rathcabbin, Ferry Inn and Mulrooney’s Ferry Service Station for anyone wishing to make a contribution to the homecoming. The committee also have a Go Fund Me page which is in operation at  https://www.gofundme.com/f/homecoming-of-martin-omearas-vc or by typing in Homecoming of Martin O’Meara’s VC  Go Fund Me Page, to help raise the necessary funds
required. Do please contribute if you can as all funds will be needed. Your support is much appreciated. You can follow us on www.lorrhadorrha.ie or on facebook  https://www.facebook.com/groups/403195614992761.

Many congratulations is extended to Ciarán Duggan, Lorrha and Rachel Wardy, Ferbane who were married recently. We wish Ciarán and Rachel every good wish for the future together.

Great to hear that the Lorrha U12 camogie girls has been selected to play in Croke Park on the 16th August in the Camán to Croker Camogie Association Blitz. A great opportunity for these young girls, many who have already played in Semple Stadium and the Ragg camogie grounds over the past few years. We wish them well and hope they enjoy the experience. We also wish them well with the forthcoming league..

There was No Winner of this weeks lotto jackpot of €11,900. The numbers drawn on 11 July were: 8-9-16-19. 1 Match 3: Eamonn Maher wins €100. Promoters: Kathleen Gleeson, Noreen Houlihan, SCEAL Shop.
Next Monday’s jackpot has hit €12,000 with Team 4 in charge of the draw. Thank you for your continued support.
Intermediate: Best of luck to the Intermediate Hurlers in their North final against Shannon Rovers this Saturday in Nenagh at 6.00pm. This is an all-ticket game and tickets are to be purchased online from embed.futureticketing.ie/c/north-tipperary-gaa/. We are hoping to see lots of flags out around the parish during the week.

Junior Hurling: Well done to the Junior ‘B’ hurlers who defeated Borrisokane last Friday in the championship. They have one more group game against Nenagh Éire Óg in late July.

Under 19: The U19’s were unable to field last week against Newport and now host Burgess in Moatfield at 7.30pm this Wednesday.

Sympathies: To the Liffey family on the death of Christy Liffey, who was a great supporter of the club.

Social Dancing: Continues this Friday at 9.30pm in the Tony Reddin Centre to the music of Aisling Rafferty and Noelie Ryan.

Euro-Millions Syndicate: Tickets are now being circulated for the new EuroMillions syndicate. We have twelve lines instead of six this term, which means we’ve increased chances of winning. For those who sell a full book of tickets, you will also be entered into a draw for a trip to New York – three nights’ accommodation and flights, sponsored by David Fogarty and House Fitness. More details next week.

Juvenile Club Raffle: For a sizeable load of timber. Tickets are just €5 each and can be bought from Colm, Kathleen, Caroline, and Tom and for your convenience we will be at Cul Camp from Monday 11th to Friday 15th July. 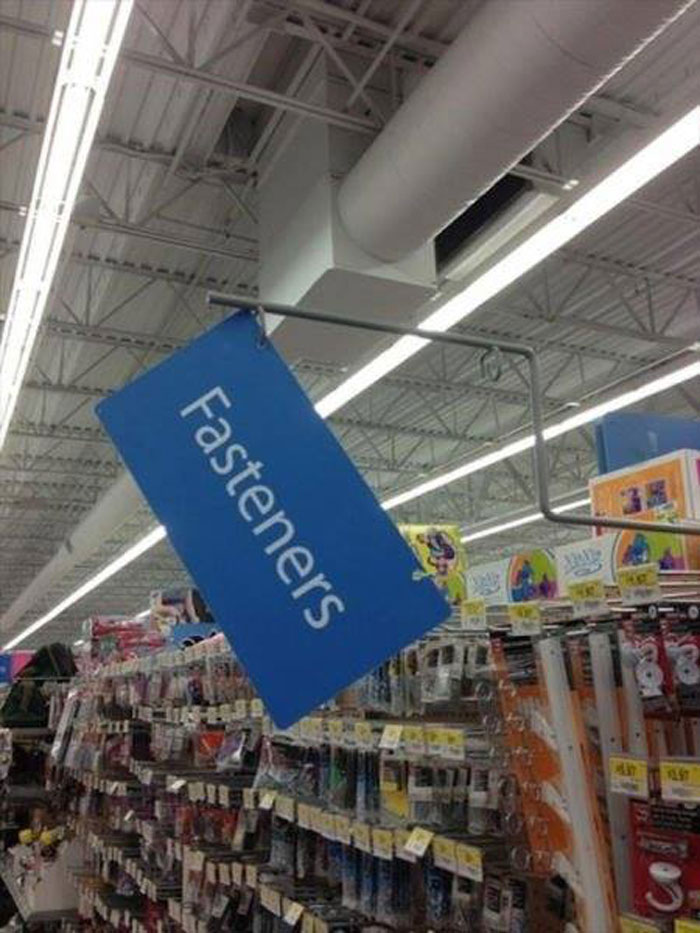