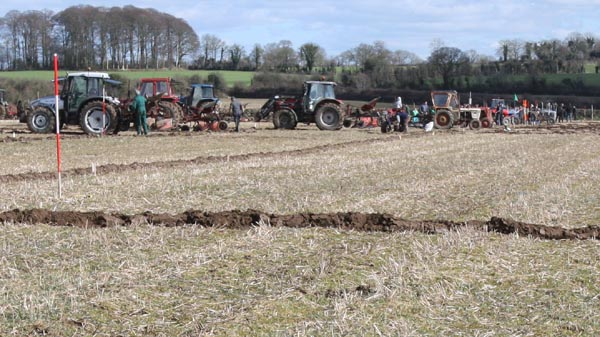 The site for the 2019 North Tipp Ploughing Championships is in Kilbarron by kind permission of the Dennison family. Due to the weather the ploughing fixed for March 3rd 2019 had to be cancelled. 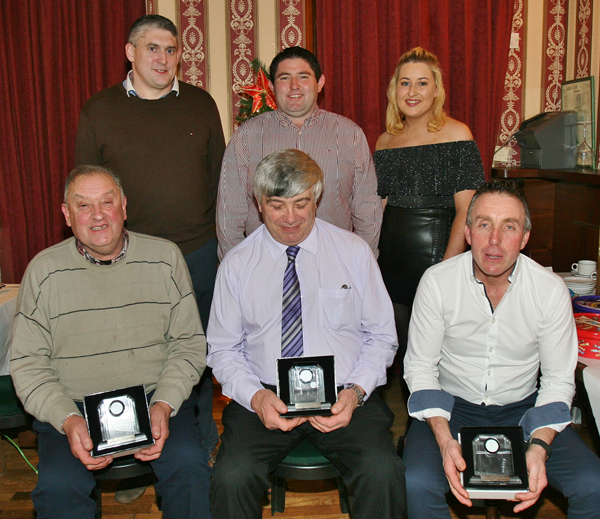 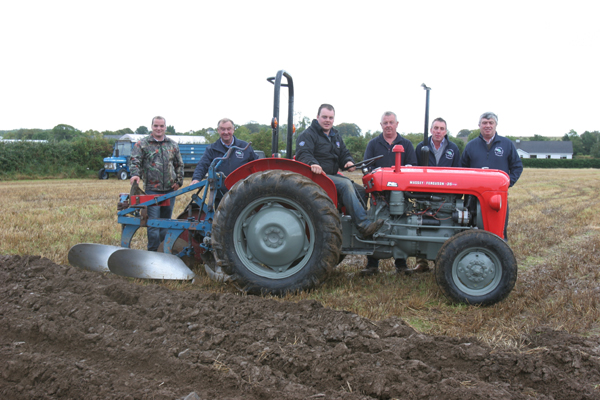 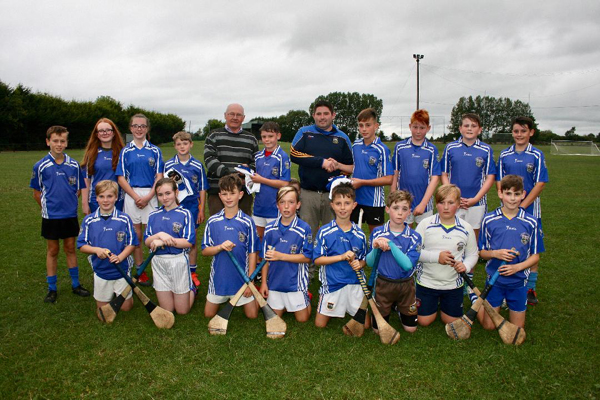 Lorrha U12A panel were delighted to receive sponsorship of shorts and socks from North Tipp Ploughing Association before their North Final which will take place in Toomevara on Thursday August 16th  2018 at 7.30pm 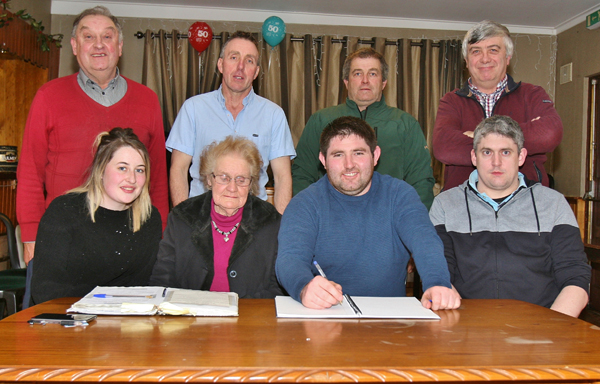 North Tipperary Ploughing attracted new and young blood to the top table during their adjourned AGM which was held last week in Borrisokane.

2018 marks the 53rd Anniversary and the interest in taking on positions on the executive committee was indeed heartening as every position can be demanding and time consuming. This however, didn’t deter the interest shown, in particular that of the three main officers, chairman, secretary and treasurer.

The outgoing executive had served their allowed time of four years, with the exception of the chairman Eamon Murphy who had served more.  Eamon Murphy thanked his fellow officers for their help throughout the years and all the friends he made on that journey ‘and maybe enemies too’ he quipped. He said he hoped he left ploughing in a better state in North Tipp since taking the chair and he had a special word of thanks to all the competitors. He singled out Martina Duffy who he said ‘opened her house to everyone, always had the kettle boiling and served dinners to himself and others too’ he said.

Outgoing secretary Denis Cahalan in his report recalled the poor weather that was experienced in 2014 which meant the championships had to be cancelled twice. ‘The 50th Anniversary in 2015 which was held in Lorrha was even worse’ said Denis. ‘We had heavy hail showers and even snow while the following year was much the same in Terryglass’. He recalled having to cancel last year too with such poor conditions and then getting a lovely day later, when the committee eventually held the event to Borrisokane. Denis thanked all land owners for accommodating the ploughing through the years and his fellow officers before he singled out Caroline McKenna of The Yanks in Borrisokane for her hospitality over the four years.
Tom Duffy gave a comprehensive Treasurers report and answered all the questions put to him. He too thanked everyone for their support and urged all to ‘work together as a team, keep pushing forward as nothing will happen on its own’ he said. He finished by saying ‘God speed the plough, plough on’.

With the formalities of the meeting attended to, Eileen Duffy was returned unopposed as president as was vice president John Slattery. Three people were nominated for the position of chairman, Denis Cahalan, Ray Clancy and Tom Duffy.  Denis and Tom withdrew their names and Ray Clancy was declared elected. Eamon Murphy was elected vice chairman after James Hough withdrew his name after serving in that position for a number of years. Laura McKenna was elected secretary and Denis Cahalan was elected as her assistant. The meeting heard how Laura McKenna came of board in 2016 and was an able and willing worker with a great interest in the ploughing. The middle child of Vincent and Nicola, Laura has a keen interest in the ploughing and came onto the committee as assistant secretary in 2016 so it was a natural progression for her to be elected to replace the outgoing secretary Denis Cahalan. Eddie Flynn is the new Treasurer and John Cahalan his assistant. Joe Slattery remains as N.P.A. rep. while a new position that of PRO was created and Rose Mannion was elected to this position.

New Chairman Ray Clancy took the chair and thanking all outgoing officers for their work over the years. He singled out Eamon Murphy as been a great help to him with transport. He asked everyone to be patient with him as he was new to the position. NPA representative  Joe Slattery informed the meeting that all matches from now on will have to be timed and he quoted the rules. ‘This job will have to be carried out by a neutral person’ he said. He also mentioned that the European Reversible championships is to be held in Ireland in 2019, possibly in the West of the Country and separately from the National Ploughing Championships.

A follow up meeting was arranged for Wednesday night January 17th in The Yanks, Borrisokane at 8.00pm. The purpose of this meeting is to arrange the 2018 Championships.
The meeting ended with a minutes silence for all who suffered bereavements during the year. 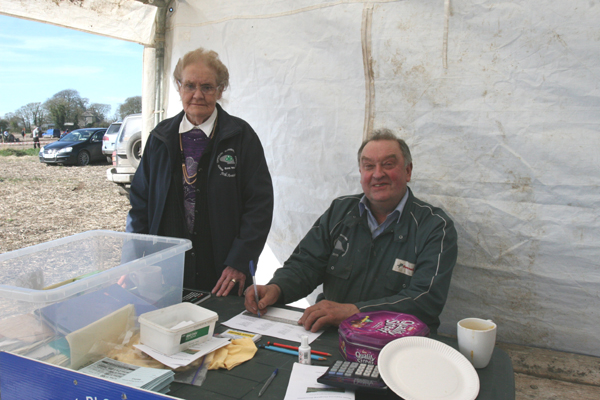 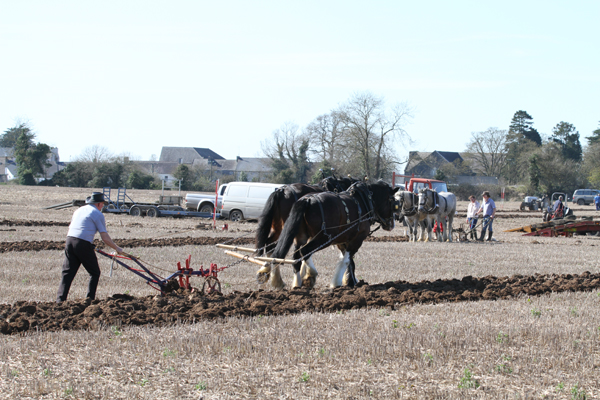 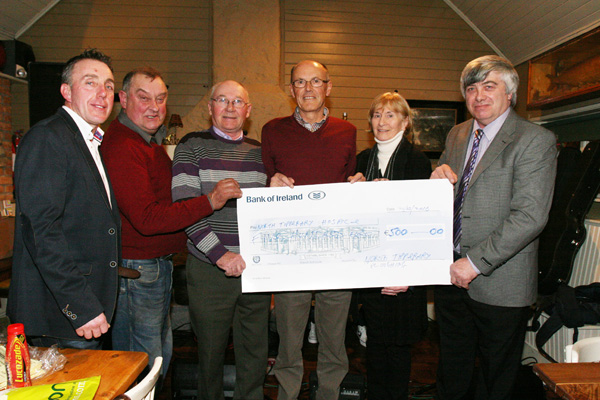 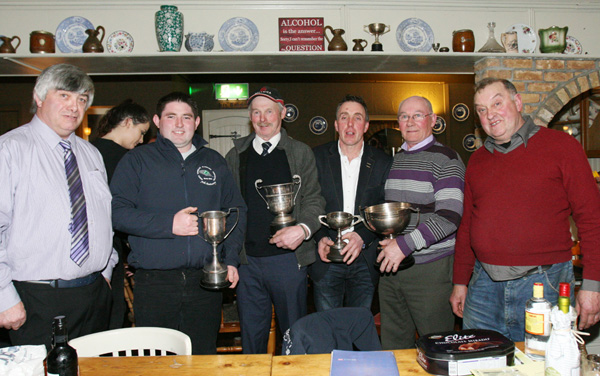 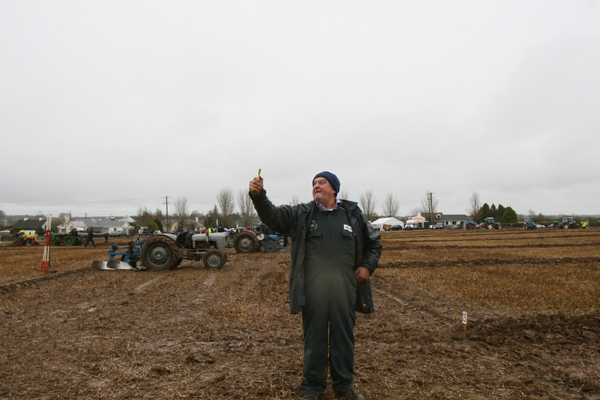 Secretary of North Tipp Ploughing committee Denis Cahalan lets a flare off to signal the commencement of the 51st Annual Championships which was held in dreadful weather conditions on Sunday March 6th 2016 on the lands of Brendan and Mairead Tierney Terryglass by kind permission.

The results from the 2016 championships which took place on the farm of Brendan and Mairead Tierney in Terryglass by kind permission are as follows.

Good Luck Ethan from all in North Tipp Ploughing

Ethan Harding Borrisokane is wished the best of luck by the North Tipperary Ploughing committee as he prepares to travel to Veendam in the Netherlands this week to represent Ireland in the European vintage ploughing championships which will take place on Sunday next the 20th. September.  Ethan qualified for the European Vintage Ploughing Championships after winning out his category in the vintage two scrape hydraulic category at the National Ploughing championships in Ratheniska last September twelve months. Driving a 1956 Ferguson 35 four cylinder diesel tractor and pulling a two scrape Ransom TS59 N model vintage plough, Ethan created history not just for himself, but also for the N.T.P.A. as no other person has qualified on their first attempt. This is a great achievement for the young Borrisokane plough man who now represents Ireland on the big stage and he is wished the very best of luck on Sunday. Also pictured is from left, Owen Harding (Cousin), Denis Cahalan (Secretary N.T.P), Kenneth Harding (Ethan’s father), Tom Duffy (Treasurer N.T.P), Eamon Murphy (Chairman N.T.P). 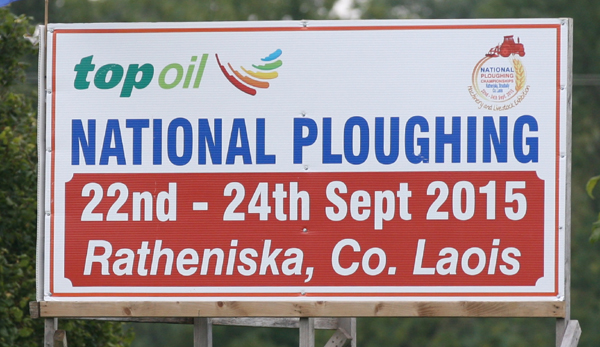 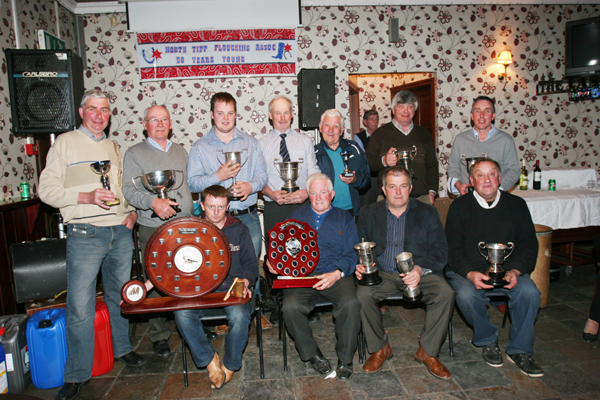 North Tipperary Ploughing committee thank everyone who helped in whatever way on Sunday 29th for the 50th Anniversary event. Supporters and competitors and especially those who travelled long distances to compete in difficult weather conditions. A special word of thanks to the Lambe family for the excellent location. The raffle will now take place on Saturday 18th April in Kelly’s Rathcabbin. Tickets are still on sale from all members, please support. The results of the Jubilee ploughing championships are: 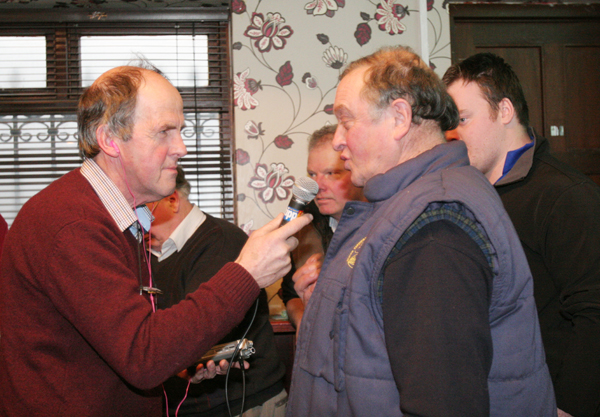 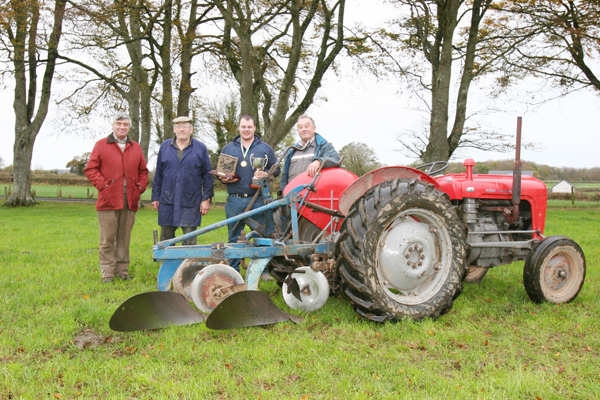 Ethan Harding Borrisokane qualified for the European Vintage Ploughing Championships after winning out his category in the vintage two scrape hydraulic, at the National Ploughing championships in Ratheniska last September. Driving a 1956 Ferguson 35 four cylinder diesel tractor and pulling a two scrape Ransom TS59 model vintage plough, Ethan creating history not just for himself, but also for the N.T.P.A. as no other person has qualified on their first attempt. This is a great achievement for the young Borrisokane plough man who will go on to represent Ireland in Veendam which is 215 km North East of Amsterdam, in the Netherlands on Sunday 20th September 2015. 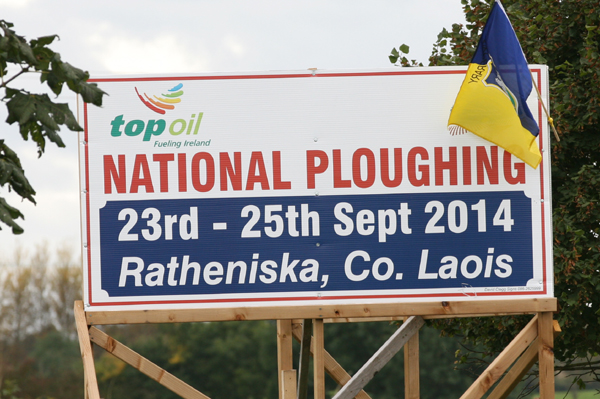 North Tipperary Ploughing Chairman Eamon Murphy and committee  wish the best of luck to our National Ploughing Championship competitors who compete in the  ploughing championships.

We also congratulate  out secretary Denis Cahalan on his appointment as a head supervisor at the National Ploughing Championships. Well done Denis.

Ethan Ploughing his way to Europe.

North Tipperary Ploughing wish to offer congratulations and well done  to Ethan Harding who has qualified for the European Ploughing Championships after winning out his category in the vintage two furrow hydraulic, at the National Ploughing championships in Ratheniska last week. This is a great achievement for the young plough man who qualified for this important event on his very first attempt and indeed, he has created history not just for himself, but also for the N.T.P.A. as no other person has qualified on their first attempt. He will go on to represent Ireland in the Netherlands next September 2015.  Well done Ethan and the very best of luck.