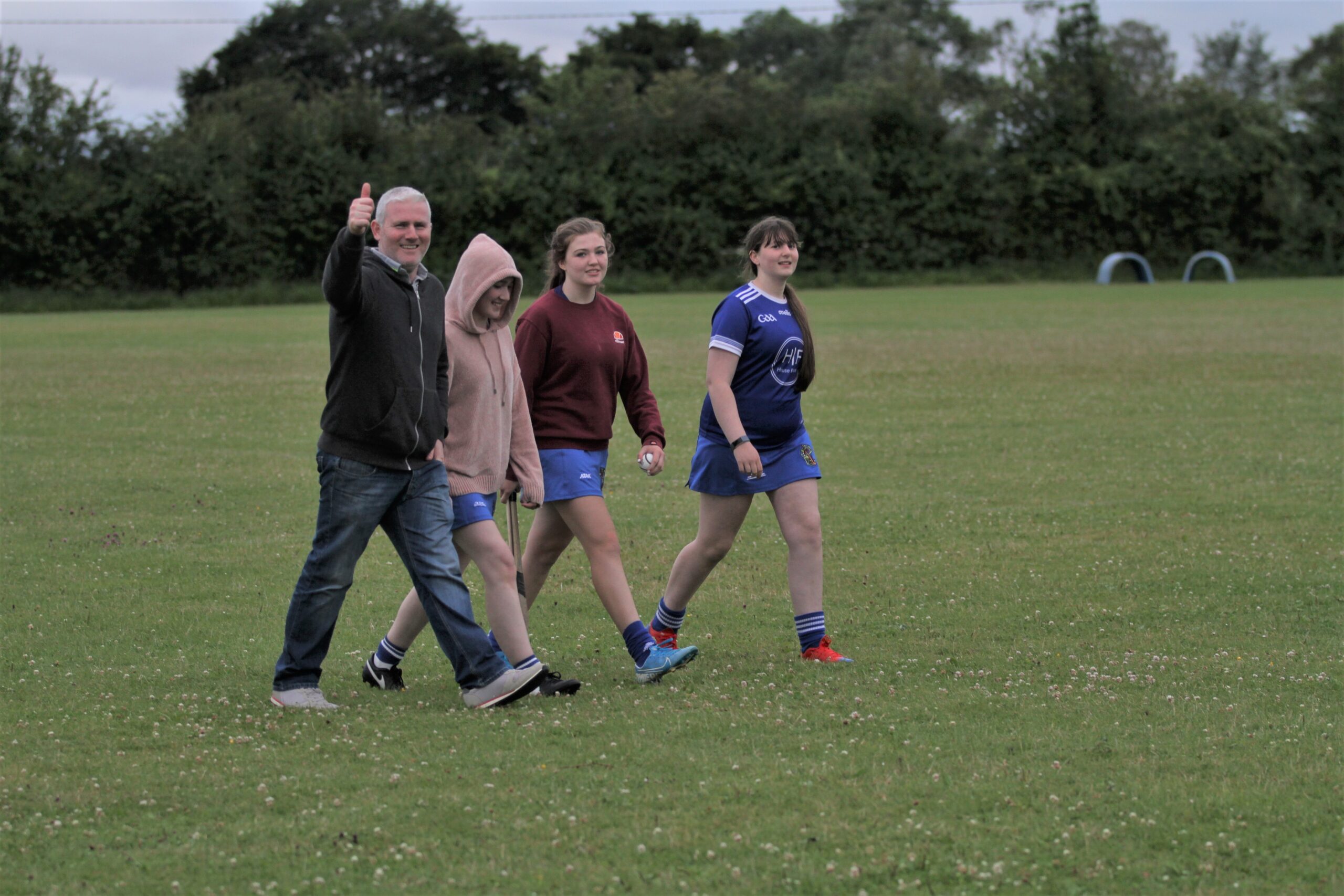 Stepping it out after a camogie match in Motefield

The death occurred on Wednesday July 21st of Rita Downey, Clareen. Nee Reddin from Lackeen, Lorrha, Rita slipped away peacefully and unexpectedly while sleeping, in her 87th year and in the tender loving care of the Matron and staff at Esker Ri Nursing Home, Clara.
Born in Chicago U.S., it was at the tender young age of about 10 years, Rita’s parents returned to farm and live in Lackeen. She attended school in Lorrha for a short while before family circumstances saw her change to Rathcabbin school. She lost both her parents within a short space of time while she was still a young child herself.  Her secondary education was spent in St. Leo’s in Carlow and from there she went on to  nursing training to Jervis St. hospital in Dublin. She completed her training in midwifery in the Coombe Hospital. On completion of her training, Rita went to work in Mullingar and then to Tullamore and it was while there she met and married Charles Downey and they settled down to married life in Kilmaine, Clareen, raising a family of two boys and one girl. Rita devoted her life to her home, her husband and her family whom she adored.
Predeceased by her sister Mary Jo, she will be sadly missed by her loving husband Charles, sons Kieran and Declan, her daughter Patricia, daughter-in-law Mary , son-in-law Edward, Declans fiance Valerie, her brother Daniel, her grandchildren, nieces, nephews, relatives, neighbours and friends to whom sympathy is offered.
After funeral Mass in St. Kieran’s Church, Clareen on Thursday 22nd. burial took place in the adjoining cemetery. May Rita rest in peace.

Well done to Clodagh McIntyre and Tipperary Camogie team on their performances in the championship against Offaly and Limerick. Commiserations to Leanne Sullivan and Lily Sherlock who play on the Tipperary U14 development team, but were unlucky to lose to Cork on Sunday. The squad have beaten Clare, Kerry and Waterford over the last few weeks so are looking good for the future.
Our underage players put in a busy week attending Cul Camp in beautiful sunshine, and no games took place. U14 are due to play Mullinahone away on Wednesday 28th and our next U12 game is home versus St Cronan’s, Roscrea has yet to be confirmed.
Our Junior Bs league fixture took place in Templemore, which resulted in a defeat to Gortnahoe. Two further fixtures remain to be played, home and away over the next two weeks.

Laws Should Be Tougher.

With over 3,000 sheep and cattle attacked last year in Tipperary alone, by ‘marauding’ dogs
ICSA sheep chairman Sean McNamara has called for tougher livestock protection legislation to be introduced to combat the on-going scourge of dog attacks.
The Westmeath man said that he had witnessed the aftermath of a particularly distressing incident involving cattle who fled into a bog to escape from those marauding dogs. The cattle became trapped in the bog water, and despite the best efforts of everyone involved, not all of them could not be saved.
‘What we need in Ireland is the same new legislation which was introduced in Scotland recently which provides for fines of up to £40,000. It also provides additional powers to investigate and enforce the offence of livestock worrying’.
Losing animals to such attacks by dogs can have devastating impact on a farmer and his family all because the dog owners involved are too complacent about where their dogs are and what they are doing. “Campaigns aimed at raising the awareness of the need to control dogs around livestock are proving woefully inadequate. We have a range of slap on the wrist penalties which certainly do not act as any deterrent. It is time for our legislators to get tougher on this issue,” said Mr. McNamara.

Hard luck to Colm Fogarty and the Tipperary U20 team and management after they were knocked out of the championship by Cork.

Congratulations  to Clodagh McIntyre  and the Tipp senior camogie team on their victory over Limerick on Sunday last with Clodagh picking up two points as well as setting up many more scores. Well done Clodagh and the best of luck on your next outing against Wexford this week-end in what should be a very interesting clash of the ash.

The best of luck to Brian Hogan and the Tipperary senior hurling team who have been drawn against Waterford in the All-Ireland championship quarter-final. Cork will play Dublin in the other quarter-final. Both games will be played next Saturday, with the times and venues to be announced later.

Lorrha Annual Parish Golf outing will take place this year at Birr Golf course on Saturday 21st August. Your captain this year is the legend Owen Gormally. Time sheet 9am to 11am.

In addition to completing a recognised pre-marriage course, couples need to fulfil the requirements set by the civil register which for this area is in Tyone Health Centre, Nenagh 067 46 480 crs.midwest@hse.ie. Obtain Baptism and Confirmation certs and Make an appointment with Priest and complete the pre-nuptial form.

Mass Times: Monday Mornings at 9.30am in Lorrha Church (except Bank Holidays). Every Saturday evening at 6.30pm in Lorrha Church. Every Sunday morning at 11.30am in Rathcabbin Church. Borrisokane 7pm Saturday. Kilbarron: 8pm Saturday.  Terryglass: 9.30am Sunday. Borrisokane 10.30am Sunday. Please wear face masks in the Church.
The Rosary will continue to be recited before both masses each weekend.
Anyone wishing to book anniversary masses please contact the church sacristans, Agnes Slevin in Lorrha, and Mary Cleary in Rathcabbin.

Tipperary: Well done to Clodagh McIntyre who played wing forward for Tipperary in their All-Ireland camogie championship win over Limerick at the weekend. They will take on Wexford in Semple Stadium this weekend.

Darragh Guinan played for the Tipperary minors on Tuesday and the best of luck to Brian Hogan and the Tipperary seniors against Waterford on Saturday.

Hard luck to Colm Fogarty and the Tipperary under-20 team.

Under 15 Hurling: Lorrha v Moneygall/Clonakenny this Thursday in Lorrha at 7.00pm.

Under 11 Hurling: Lorrha v Borrisokane this Saturday in Lorrha at 11.00am.

EuroMillions: EuroMillions tickets must be returned by this Wednesday when there will be a collection point in Moatfield from 7.30pm.

Cúl Camps: Thanks to all the coaches, players and club officials who helped out with the Cúl Camp last week, for a camp that was thoroughly enjoyed by all. 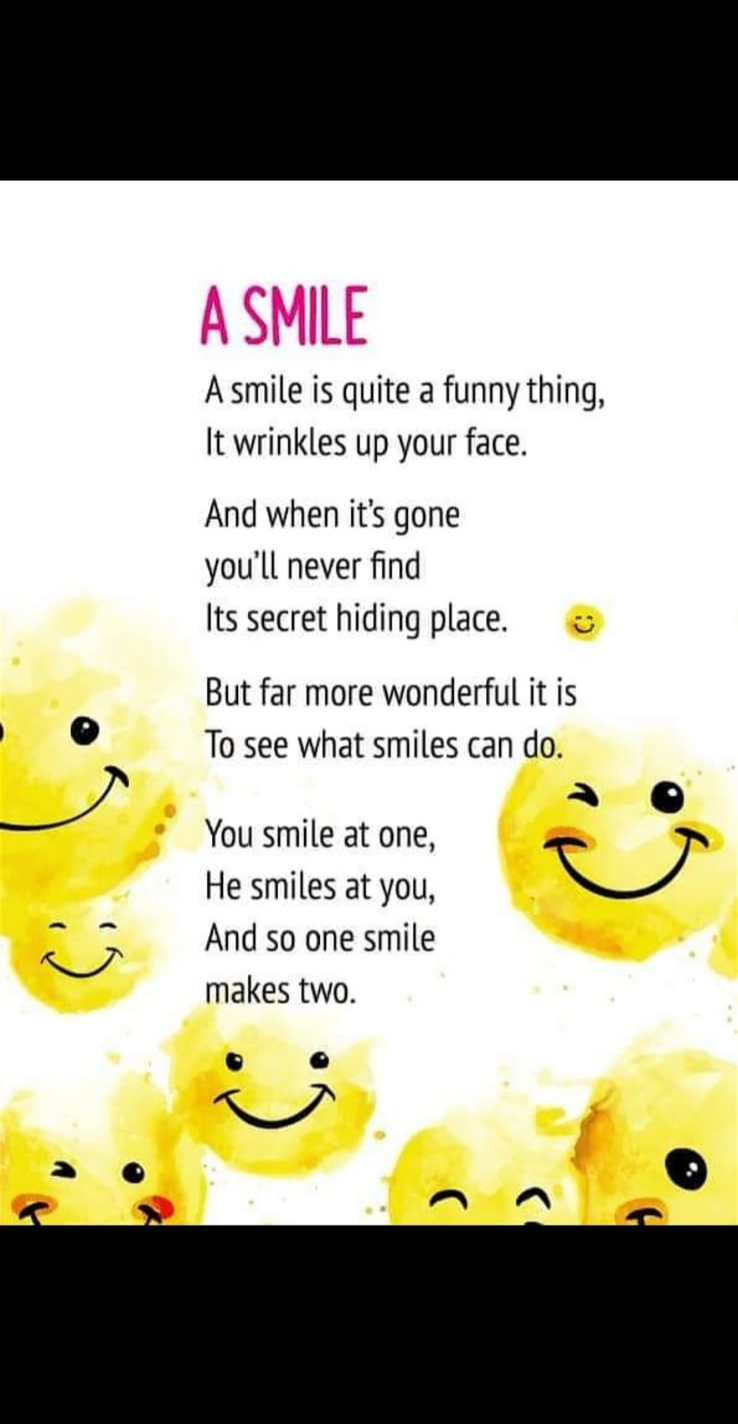