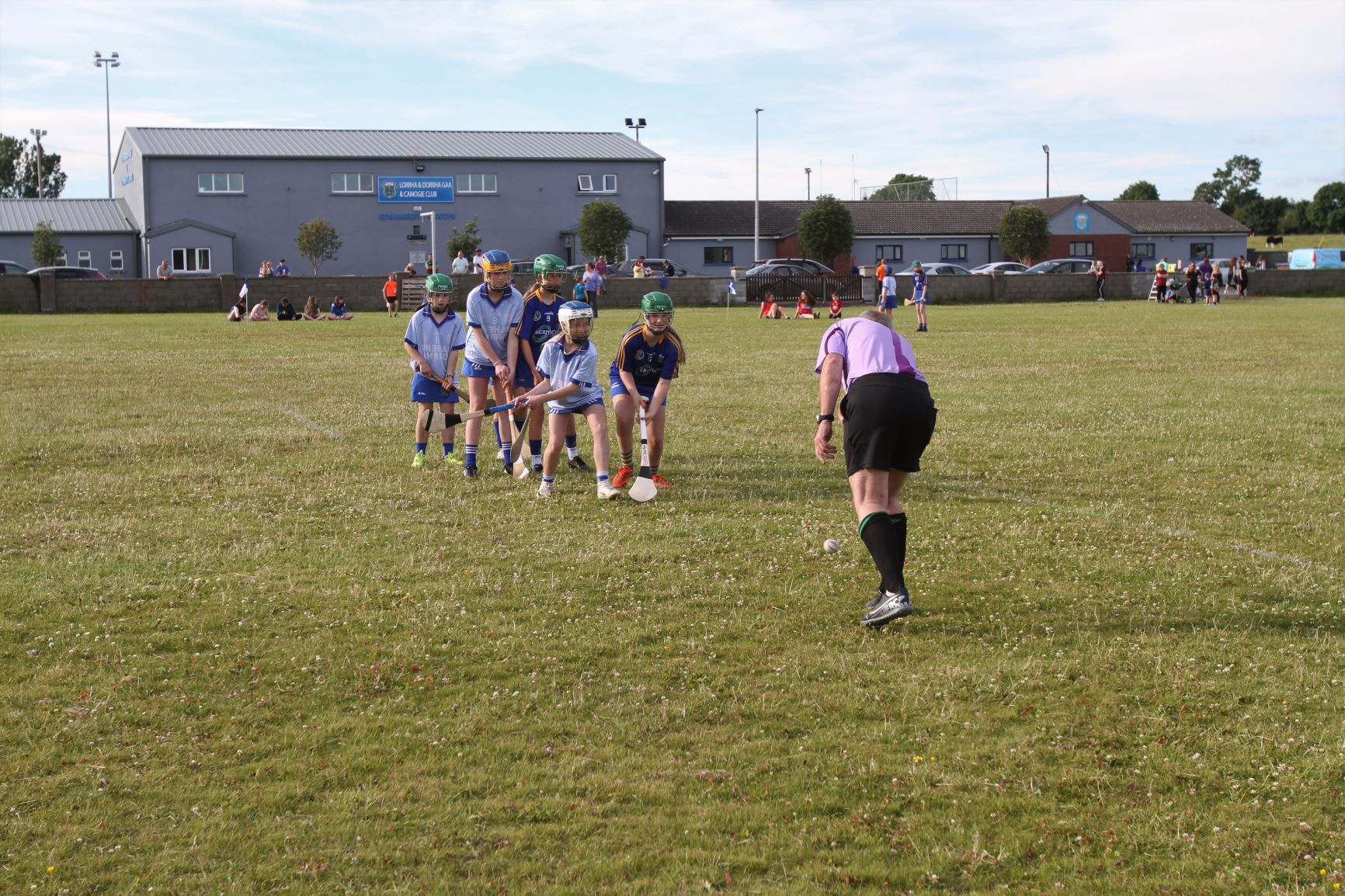 The peaceful death occurred after a short illness, on Tuesday June 22nd in Milford Hospice, of Gerry Needham, Lorrha. A quiet inoffensive man, he liked to have a chat with everyone he met and he was always in good humour. Gerry worked for a long number of years with the Flannery family in Kilregane and when the day’s work was done, he liked nothing better than to rambled into Pat Hough’s pub for a pint and a chat with fellow customers and with Pat himself. Gerry will be missed from the village and Pat too will miss his company, but more so by his family, brothers Tommy, PJ, and Jimmy (Br James), his sister Nancy (White), sisters-in-law Jo and Gay, his nieces Una (Dempsey), Martina, Ruth, Gemma (Culhane), Diana (Mulcahy), nephews Garrett, Arthur, Thomas, Martin, Louis (Mulcahy) and Noel, and their partners, grandnieces and grandnephews, relatives, neighbours and a large circle of friends.
Gerry’s remains will be reposing at his sister Nancy’s house in Lorrha this Wednesday evening June 30th from 6.00pm to 9.00pm. Funeral Mass will be celebrated at 12 noon in St. Ruadhan’s RC Church, Lorrha the following day Thursday July 1st. with burial afterwards in the adjoining cemetery. May Gerry rest in peace.

The peaceful death occurred on Friday June 25th in the care of his family and the staff of Tullamore Hospital of Dinny Duffy Walshpark, Rathcabbin, Birr and in latter years, Liscannor, Clare.
In his 89th year, Dinny was a popular man wherever he went. A pleasant smile, a story and a chat and a quick wit and maybe a song or two, won the hearts of many.
He ran a very successful shop, filling station and garage at Walshpark and he came to know many through his business. He was a founding member of Rathcabbin Ploughing back in 1965 and in later years he took up golfing.  Dinny will be missed from the community he loved so well for so long. A guard of honour was provided by members of North Tipperary Ploughing as his remains arrived into the village and the group were joined by members of Birr Golf club as his remains were brought to their final resting place.
Predeceased by his son Dermot and his brothers and sisters, he is deeply regretted by his wife Mary, daughters Darina and Dervla, sons Denis and Damian, daughters-in-law Kathleen and Gertie, sons-in-law Pat and Conor, his cherished grandchildren, brother Tom, sister Anne, brothers and sisters-in-law, nephews, nieces, relatives and friends.
After funeral Mass in Our Lady Queen of Ireland Church Rathcabbin on Sunday 27th burial took place in Pass cemetery Rathcabbin. May Dinny rest in peace.

North Tipperary Ploughing Association offer sincere sympathy to Mary Duffy and family on the death of Dinny last week.
One of the founding members of Rathcabbin Ploughing Association now known as North Tipperary Ploughing, chairman Ray Clancy said in his graveside oration last Sunday that Dinny ‘served the ploughing very well’. ‘Back in 1965’ said Ray, ‘when a group of men decided to hold a ploughing match the plan for the competition was drawn out on the floor with a stick and ashes from the fire’. It was from there that Dinny took on the role of secretary, a position he held till 2005. ‘In the early 1980’s, he was elected onto the board of directors with the National Ploughing committee said Ray, where he also served a term as vice president. ‘A peace maker with his kindness and subtle approach to many a problem’ was how Anna May McHugh, National Managing Director NPA described Dinny. She was accompanied at the funeral by her daughter Anna Marie. Dinny was always encouraging the ploughman and woman as he walked up and down the field he would remark ‘God speed the plough’. He will be fondly remembered by competitors, members and spectators and may the light of heaven shine on him’ said the North Tipp chairman.
His son Denis gave a rendition of one of his father’s party pieces ‘The Town I Loved So Well’ accompanied by Darren Bourke on guitar and William Holmes on the fiddle as Dinny was laid to rest.

Lorrha Camogie Club wish to extend their condolences to Moya & Isa Duffy and the Duffy family on the death of Dinny Duffy, RIP. Our U14 match v Monegall was postponed as a mark of respect. Our next match is Sunday July 4th v Gortnahoe at 11 am in Tony Reddin Park, Lorrha and we wish the girls the best of luck.
Our U12’s are out on Monday 5th July at home to Newport and we wish them well. Any girl interested in playing aged 9 and over, please contact Caroline O’Brien on 087 2345817.
Well done to Lily Sherlock and Leanne Sullivan who did the club proud, donning the Tipperary jersey for the U14 team and beating Clare over the weekend.

Our League campaign will start Thursday 1st July away v Roscrea with a home match v Moycarkey Friday 9th July
Commiserations to Clodagh McIntyre and the Tipperary senior camogie squad who lost out to Cork 4.13 to 0.16 in the Munster semi-final on Sunday last and speedy recovery Clodagh from your recent injury. 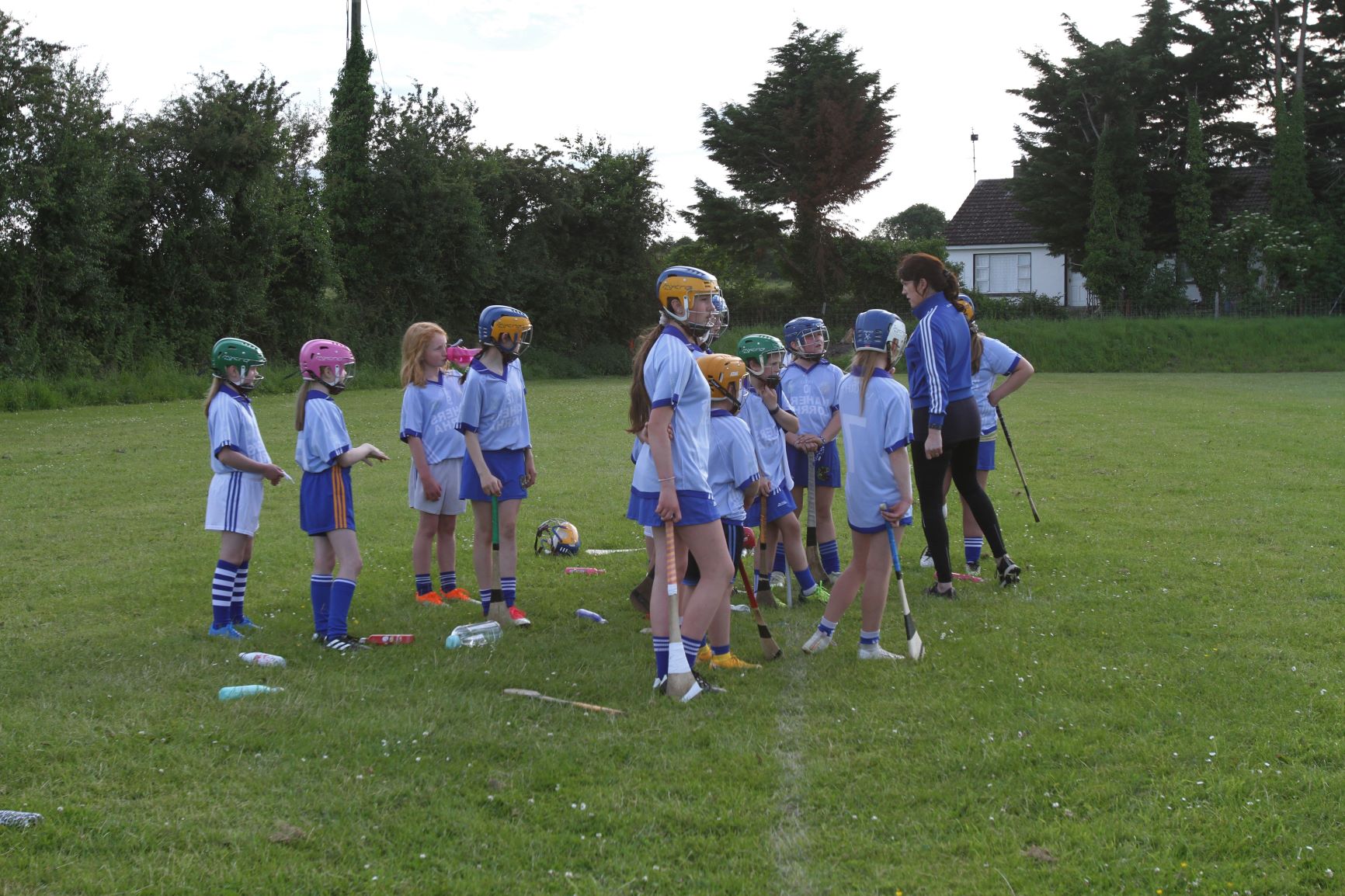 The half time pep talk from the manager Caroline

The best of luck is extended to Brian Hogan and the Tipperary senior hurling squad when they take on Clare on Sunday coming July 4th. in the Munster Senior Hurling Championship Semi-Final at 3:45pm in Páirc Uí Chaoimh or LIT Gaelic Grounds.

Lorrha Development Association/TidyTowns will hold its Annual  General  Meeting  on Thursday, 15th July at 8pm in Friars Park. Your attendance at this meeting will give you the opportunity to have your say in the election of a new committee and influence decisions/actions regarding the on-going and future improvement of our village and its surroundings. The committee hopes that the recent involvement of large numbers of volunteers on work evenings is a positive indication of renewed interest in the work of building our community and place into the very best it can be. Anyone who has any connection with or interest in the village is welcome to attend and we urge you to do your part to ensure that there is a very representative attendance at this very important AGM.

Mass Times: Monday Mornings at 9.30am in Lorrha Church (except Bank Holidays). Every Saturday evening at 6.30pm in Lorrha Church. Every Sunday morning at 11.30am in Rathcabbin Church. Borrisokane 7pm Saturday. Kilbarron: 8pm Saturday.  Terryglass: 9.30am Sunday. Borrisokane 10.30am Sunday. Please wear face masks in the Church.
The Rosary will continue to be recited before both masses each weekend.
Anyone wishing to book anniversary masses please contact the church sacristans, Agnes Slevin in Lorrha, and Mary Cleary in Rathcabbin.
Mass for first Friday on July 2nd will be celebrated in Lorrha Church at 8.00pm.

Irish Church music will be holding a Virtual Summer School from July 7th to 9th with workshops at 8.00pm and on July 10th with a workshop at 2.00pm. Closing Mass will be at 3.00pm. Further details on icmsmusic.ie

Under 19 Hurling: Lorrha Rovers v Nenagh Eire Og in Lorrha on Wednesday (this evening) at 8.00pm.

AGM: The Annual General Meeting took place last Monday when we also launched our EuroMillions fundraiser for 2021/2022. Anyone looking for tickets is to contact new chairperson Aiden McIntyre (0876426640) It has been decided that with our €6400 winnings from last year’s draw will be drawn for with 64 prizes of €100 each. Results will be posted on social media.

Sympathy: Lorrha GAA Club would like to sympathise with the Needham and Duffy families on the deaths of Gerry Needham, Lorrha, and Dinny Duffy, Walshpark, who passed away last week. May they rest in peace. 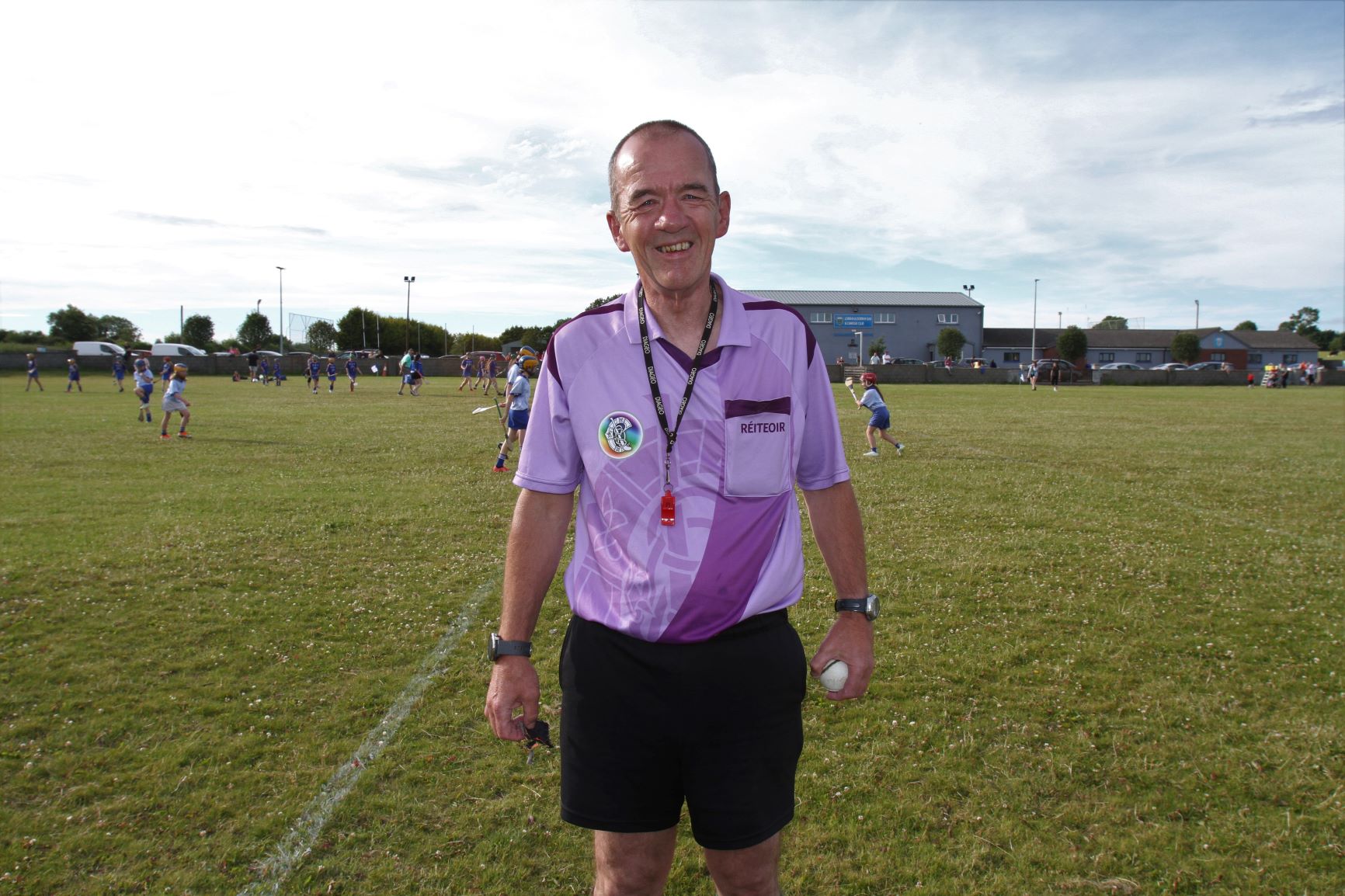