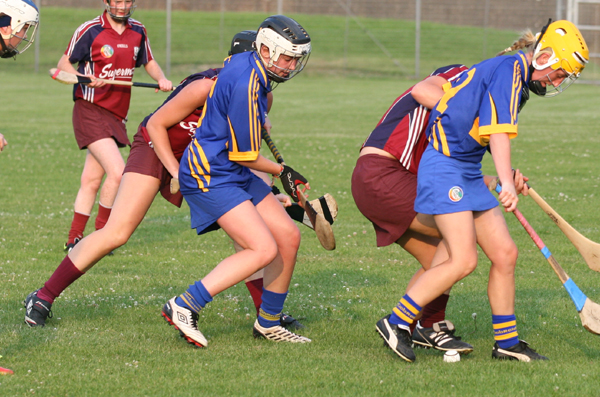 The death occurred on Sunday July 14th in the loving care of the matron and staff of Birr Community Nursing Unit of Martin Hogan, late of Roden, Rathcabbin.

Martin who was 83, lived in Roden for most of his life where he helped his late brother Hubie and his family on the farm. He was well know in the locality for his singing and whistling on his many journeys on his bicycle to Rathcabbin and on his weekly visits to his sister Bridie in Banagher. He spent the recent past years of his life in Birr where he received great care and support from the Matron and staff there.  He is survived by his brothers Billy (Rathcabbin), Pakie (London), D.P. (London), Seamus (Athlone), nephews, nieces, relatives and friends to whom sympathy is extended on their sad loss.

His remains were removed from the Pike Nursing home to Our Lady Queen of Ireland Church Rathcabbin on Tuesday evening 16th and after funeral Mass there the following day, burial took place in Lorrha cemetery. Ar dheis de go raibh a hanam.

Congratulations and well done to Lorrha’s Suzanne Corcoran who achieved the biggest win of her successful golfing career when capturing the Irish Senior Womesn’s Close Championship at Wooden bridge Golf Club in the Vale of Avoca.  The Connacht InterPro and leading qualifier defeated Carol Wickham (Laytown nad Bettystown) by 3and 2 to take the title in convincing fashion despite falling behind at the first hole. In glorious sunshine, the Portumna Golf Club President levelled matters at  the next and reached the turn two  up.  A par on 11 saw her increase her lead, but Wickham returned the deficit to two holes after 12. Corcoran went three up again at the next an advantage she maintained with some impressive iron play and she eventually closed out the match on the 16th  Earlier in the day, the Lorrha woman also had a similar margin over Gertie McMullen (The Island) in the semi-final. It was nip and tuck to the turn, a close shave indeed but Corcoran seized the initative early into the back nine and closed out the match on the 16th.

Commiserations to Caoimhe and Muire Kennedy and the Tipperary Intermediate team who went down to Galway in the third round of the Intermediate championship on Friday evening last in Duggan Park, Ballinasloe. Caoimhe made a major difference when brought up to the forwards, a change that possibly could have been made earlier and which could have made the difference as she set up a goal as well as getting a point herself.  The Intermediates are now out of competition.  The  Tipperary Senior team of which Caoimhe is on the panel, had a good win over Dublin in Parnell Park on Saturday last which leads them into a All-Ireland quarter final against a strong Galway side in two weeks time.  We wish Caoimhe and the girls well. See match report’s elsewhere in this paper.

Social dancing continues in the GAA clubhouse on Friday night with music provided by Catherine & Images.  Dancing from 9.30 to 12.30.

Cistercian College Roscrea, from Thursday 15th – Sunday 18th August 2013. For young people aged 16-35, an opportunity not to be missed to experience the Catholic faith and meet new people. This festival has been named the “Holy Oxygen” with over 1000 young people attending last year. The festival is donation only. Free busses available from towns throughout Ireland. For more information and to book online see www.youth2000.ie  or phone 016753690 or  from NI 07598 976399.

The following day trips have been organised for the summer:  a boat trip on the Shannon with Joe O’Keeffe booked for Tuesday, 30th July, a trip to Tramore Races with an overnight stay in Waterford on Thursday, 15th August, a trip to the Chocolate Gardens & Rathwood Centre Tullow followed by meal on the way home on Thursday 29th August and a trip to Lisdoonvarna on Wednesday, 18th September with an overnight stay in Liscannor.

Please note the date for the annual holiday has been changed from Sunday, 29th September and this will now take place on Sunday, 22nd September to the Celtic Ross Hotel, Roscarberry, Cork for 4 nights.  Anyone interested in going on any of these trips, please contact Nancy on 087 761 3458 or Betty on 087 666 7374 or Tim on 087 755 8762 as soon as possible as final arrangements need to be made.

Castle Open To The Public.

The ancient home of the MacEgans and O’Kennedys, Redwood Castle, Lorrha is open to the public from 2.00 to 6.00pm daily for personal guided tours. The Castle is one of the main historical attractions in the midlands of Ireland and is well worth a visit. Parking is free.  Located approximately 10Km from Portumna, and 15Km from Birr, Redwood Castle is off the Birr – Portumna Road, the R 489. It is signposted by local signs as well as the brown and white heritage national heritage signs.

The wife replied, ‘The reason has to be because we have to repeat everything to men….

The husband then turned to his wife and asked, ‘What?’